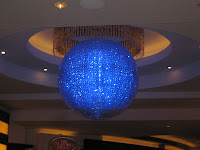 My random thoughts…brought to you once a week.

Lately, I’ve definitely been in a list mood. Figured I’d keep the ball rolling with another one. This week I’ll hit on my “Top 10 All-time Favorite Comedies”.

10. American Movie-The sad part here is that this documentary is not a comedy. You follow the absolutely pathetic lives of Mark, Mike, and Uncle Bill and just can’t help but laugh your *ss off. This is a cult classic.

9. Dumb and Dumber-I switch gears a bit to some good ol’ fashioned potty humor. But potty humor that has stood the test of time. I know a lot of people hate this movie, but I am obviously not one of them. I still quote many lines on a routine basis.

8. Swingers-First rented this movie many years ago…knew nothing about it and actually got into a verbal fight over why we should have rented Antz instead. As an immature protest, I refused to watch it. My goodness was that a mistake. A couple years later I did get around to watching the movie…about 100 times. I was at a phase in life when it really hit home. I’ll admit…I overdosed on Swingers, but it still makes the list.

7. Anchorman-I love Will Ferrell…and to me this is his best work. I also love all the side characters. When Paul Rudd puts on the cologne…you just can’t beat that. What about when Ron Burgandy is doing curls in his office?

6. Raising Arizona-This 80’s classic dark comedy has it all…great actors at the early stages of their careers. Nick Cage, Holly Hunter, John Goodman were all fabulous in this one. I still quote many of the lines 25 years later.

5. Planes, Trains, and Automobiles-It would be a sin not to include John Candy somewhere on this list. There are so many classic scenes in this movie…but none better than the “sharing of the bed”. No scene makes Natalie laugh harder.

4. Annie Hall-Not only one of the funniest movies ever, but one of the top movies of any genre. The look on Woody Allen’s face when Christopher Walken is driving the car is priceless.

3. The Big Lebowski-Where do I begin? Look at the cast…Goodman, Bridges, Buscemi, Moore, Hoffman, Turturro…just to name a few. This flick definitely has it bizarre moments…but the laughs outshine some of the weirdness. I have never in my life laughed as hard as the Donny burial scene. Here is it…delivered by Walter Sobchak (all-time favorite character name):
“Donny was a good bowler, and a good man. He was one of us. He was a man who loved the outdoors… and bowling, and as a surfer he explored the beaches of Southern California, from La Jolla to Leo Carrillo and… up to… Pismo. He died, like so many young men of his generation, he died before his time. In your wisdom, Lord, you took him, as you took so many bright flowering young men at Khe Sanh, at Langdok, at Hill 364. These young men gave their lives. And so would Donny. Donny, who loved bowling. And so, Theodore Donald Karabotsos, in accordance with what we think your dying wishes might well have been, we commit your final mortal remains to the bosom of the Pacific Ocean, which you loved so well. Good night, sweet prince.”

2. Waiting for Guffman-The movie that got the ball rolling. Other great flicks from this group include The Mighty Wind and Best in Show. Follow Christopher Guest’s character Corky St. Clair as he tries to produce a play for small town folk. So many great quotes from this movie…here’s my favorite: “Well, then, I just HATE you… and I hate your… ass… FACE!”.

1. Bottle Rocket-Owen Wilson’s first and best movie. Dignan is my absolute favorite character ever! He’s such a pathetic thief, you just can’t help but cheer for him. He delivers so many great lines and plays so well off of the other characters. Here’s Dignan at his best: “What a lemon! One minute it’s running like a top, and the next it’s broken down on the side of the road. And I can’t fix a car like this, because I don’t have the tools! And even if I did have the tools I don’t know if I could fix a car like this!”.

Oh, I just LOVE Bottle Rocket! Such a great movie.