Unique Randomness
-
May 11, 2011
-
admin
My random thoughts…brought to you once a week! Well, for the next few weeks, my thoughts won’t be so random, as we take a look at my Top 25 Best Houston Bites from the past year.

Check out how we started.

20. Giacomo’s Cibo E Vino: Tagliatelle Giovanni
Several month’s back, Carrie and I did a He Said, She Said on Giacamo’s. While her experienced pretty much sucked, mine met with rave reviews. Specifically, I loved the Tagliatelle Giovanni. Here’s how I described it: “My dish (Giovanni) was one of the best pasta dishes I’ve had in Houston. Creamy, but not too heavy—the chicken was moist and flavorful, and the veggies were nothing short of perfection. The brussel sprouts, sweet red peppers, and cauliflower stood out. Again, Giacomo’s use of flat noodles was a great choice.” 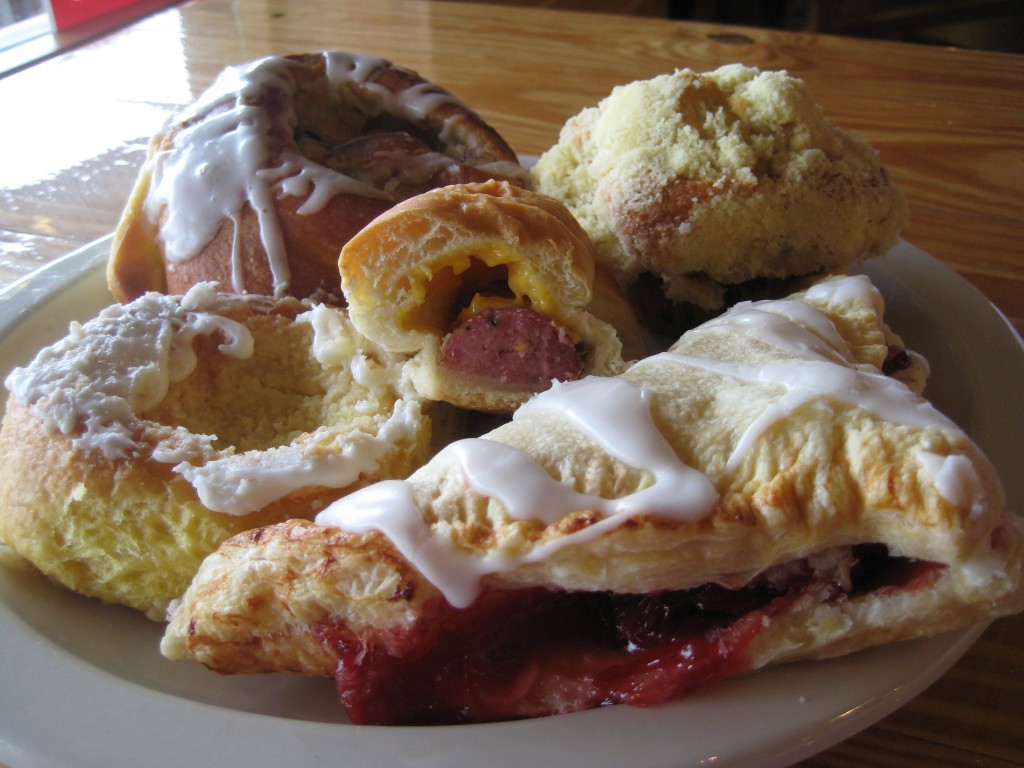 19. Chappell Hill Bakery & Deli: Sausage and Cheese Kolache
So, technically this isn’t in Houston, but it’s close enough (only 45 minutes away).  I’m a kolache whore, and Chappell Hill’s represent my crack.  Found this place on an eating/writing assignment for Houston Press.  Absolutely everything was great there that I tried, but if you had a gun to my head, I have to go with the sausage and cheese kolache.  Simple, yet perfect–the huge hunk of sausage surrounded by melted cheese and soft bread.  Great people out there as well.

Clarence runs the show at Pierson 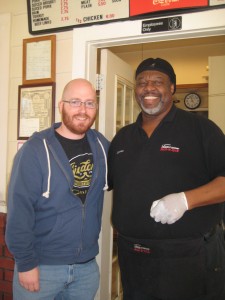 18. BB’s Cajun Cafe: Morgan City Catfish
Yet another find from a He Said, She Said. Here were my thoughts at the time. “I ordered the ½ portion of Morgan City Catfish ($7). It was a substantial portion for the price. The dish consisted of pecan-crusted catfish, in a creamy, peppery etouffee sauce with white rice. The catfish was thin and crispy and the sauce was very hearty, but perfectly spiced. Even the half portion put a hurtin’ on me, but I loved it. The full size would have shut down an artery.” That pretty much sums it up.

17. Pierson & Company Bar-B-Q: Pork Ribs
Pierson was part of The Mighty Rib Crawl and later featured on EOW. It was the first leg in a five team race, and although their ribs were narrowly beat out by Gatlin’s, there was no shame in defeat. Pierson brought it that Saturday, with a beautiful, slow smoked rack of tender ribs. The best part–the crusty exterior that locked in the flavor and provided yet another layer of texture. 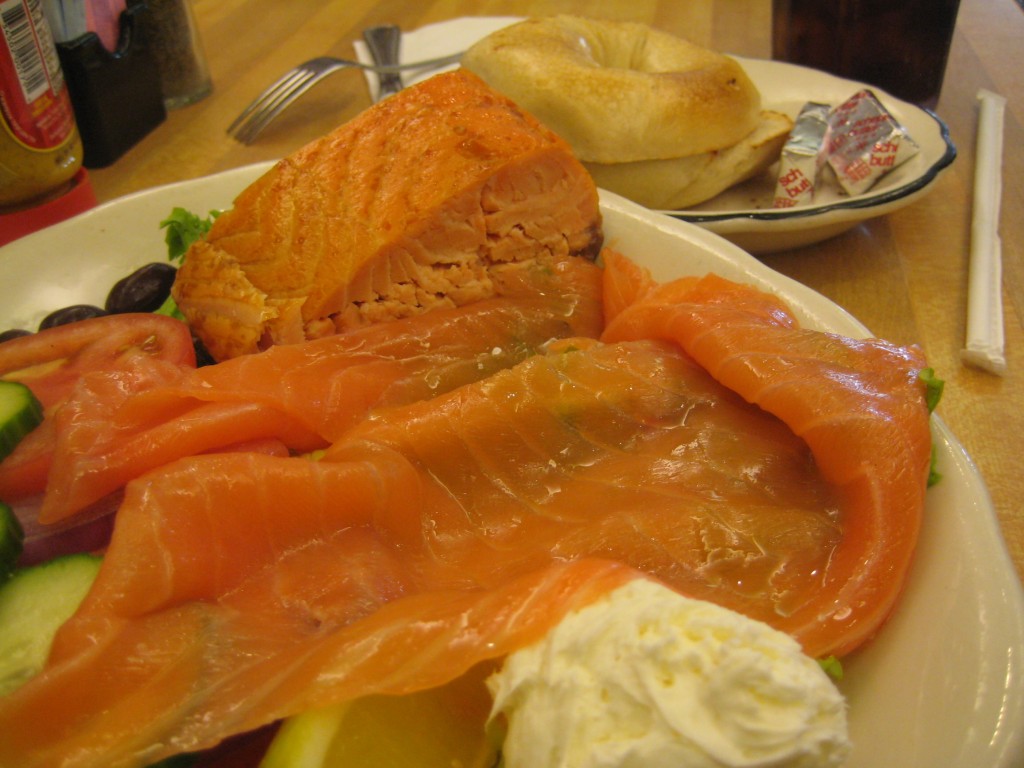 16. Kenny & Ziggy’s: Smoked/Baked Salmon
EOW reader Eric Sandler suggested this glorious dish. Just look at it! Not cheap, but sometimes you have to pay a premium for well-prepared food. This is one of those times. Salty, smoky, fatty, and just plain delicious–K&Z’s salmon (really of any cooked variety) is not to be missed. I compared to a fine steak in the article and it’s really true.

Nooooo—Grandma is rolling over in her grave right now, Kevin!! Kolaches DO NOT have meat in them!! Those are called klobasneks. I get so mad at all these stupid bakeries calling saugage rolls kolaches!! Kolaches have fruit, poppyseed or cream cheese in them. ok-my rant is over…I just have been debating this subject with friends ever since my Sam Houston State days!

Too late Casey…your mom, my aunt already read me the riot act several weeks ago when this article was posted on HP. Does pigs-in-a-blanket work?

Sausage roll, kolache, pig-in-a-blanket: to me I’m not so worried about what they are called, as long as they taste good. And Chappell Hill’s bakery had some darn fine (insert your choice of word here)! Also, the cherry turnovers were mouthwatering-ly good. Definitely check this place out if you get a chance- the interior of the restaurant was just as charming as the food!

Kevin, I appreciate the shout out, but how come Fatty Fat Bastard gets cited by name in last week’s write up, and I’m just an “EOW reader?” I think I deserve the same treatment as the Fat Bastard. Just saying.

I think you are right. Correction made. And somewhere Fatty FatBastard is smiling that his moniker has once again been written.

I played a few biddy bball tournaments in Morgan City. I find it funny that someone would name a dish that they would serve to customers Morgan City.

However, I am also surprised at how many “Pontchartrain” dishes are in Louisiana themed restaurants around here. It’s a lake that literally was at one time a gigantic sewage pond.

I know you know your Cajun cuisine SirRon…besides the name, what are your thoughts on BB’s?

I’m a big fan of BB’s. I’ve only been to the Montrose location and only for lunch (I don’t know if that makes a difference), but I patronize BB’s about once every other month. The strip mall location also fits perfectly with my childhood memories of all the good seafood and po-boy joints in the New Orleans area.