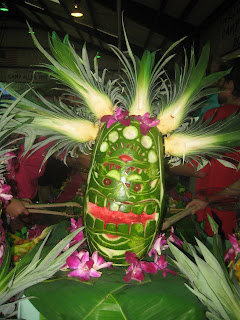 My random thoughts…brought to you once a week.

1. QB situation: This is an easy one. Schaub will get hurt. It’s not a matter of if but when. Their backup QB situation is a mess. Orlovsky looks like he’s about to wet himself every time he throws and Leinart is just not good.
2. Young Corners: Not many people are talking about this, but it’s a big concern for me. I’d feel a lot better with DRob back there.
3. Running Backs: All aboard the Arian Foster bandwagon…just one problem, he’s never played a full season. That means in all likelihood he’ll either get hurt or run out of gas. I predict Slaton is done. Think the Texans wish they would have given Thomas Jones two million for this year?
4. Kubiak’s Coaching: Nice man, but way below average in clock management and quick, in-game decisions. Will cost the team 1-2 wins.
5. Weaker Cushing: Allegedly Brian Cushing took steroids. I remember when another top LB got busted (Merriman). He never was the same. I’m not saying this will happen with Cushing, but it does warrant keeping an eye on.
Previous Post Mighty Good Recipe: Chicken Marsala
Next Post Happy Hour: Konalicious

I don't understand the hate on local teams. Fine, the Texans, Astros and Rockets break my heart every year but I would never, ever break up with them. I'm not a bandwagon fan either. I HATE the Cowboys and I don't care that my husband loves them, I will never jump on the bandwagon that is the Cowboys.

Not hating on my teams, just concerned. I despise the Cowboys, but I hate the Titans even more because of Bud Adams.

Oh, I didn't mean it to say you were hating on them. I've just encountered so many people hating their home team. Speaking of that DB Bud Adams, these same people jumped on the wagon when the Titans went to the Super Bowl. I still remember the toilet paper made with his face on it. I regret never purchasing any.