Remember Acadia? It was the restaurant located in the heart of Hillcrest off Kavanaugh with the bad ass deck. Well, in case you’ve been living under a rock for the past few months, it’s now La Terraza Rum & Lounge—a restaurant specializing in South American dishes, many of which fuse with other flavors from around the world.

The menu is a little different, a characteristic often frowned upon by many Little Rock diners. We love our comfort food dishes, the meat and potatoes, our shrimp and grits … things that have been on menus around here for 30+ years. And there’s nothing wrong with that. However, a restaurant like La Terraza not only has a place in Little Rock, but its success, along with other ethnic establishments like kBird and Lulu’s, is absolutely critical for the continued growth of our local food scene.

This is all just a long-winded, soapbox way of saying La Terraza Rum & Lounge is a place you might want to consider checking out.

I did just that on Tuesday afternoon.

My tablemate and I sat outside on the lovely deck and enjoyed some of this springtime weather. Lunch started with a complimentary cup of white bean soup, followed by our order of the beef carpaccio and arepas. We gobbled up both apps and the soup. I was particularly impressed with the beautifully presented carpaccio, which was highlighted by a generous topping of basil aioli. The mini, cheese-filled arepas are purposefully bland (think pupusa) but elevated by a spicy jalapeno jelly. For my entrée, I opted for the Pernil al Horno, a pile of baked, thinly sliced pork, covered in a thin, brown gravy, which came with a pile of black beans and rice and plantains. This dish flat out hit the spot. The pork was tender, and while the plantains were somewhat bland, a forkful with each of the plate’s components was where the dish truly shined. My friend ordered the Stroganoff de Pollo, a creamy concoction of chicken, mustard, and pickles over what were essentially kettle chips. He seemed as pleased with his order as I was with mine.

Overall, the food and service proved to be outstanding, traits that will definitely lead to a return visit. Is La Terraza an elite Little Rock restaurant? It’s still too early to say, but I’m looking forward to finding out. 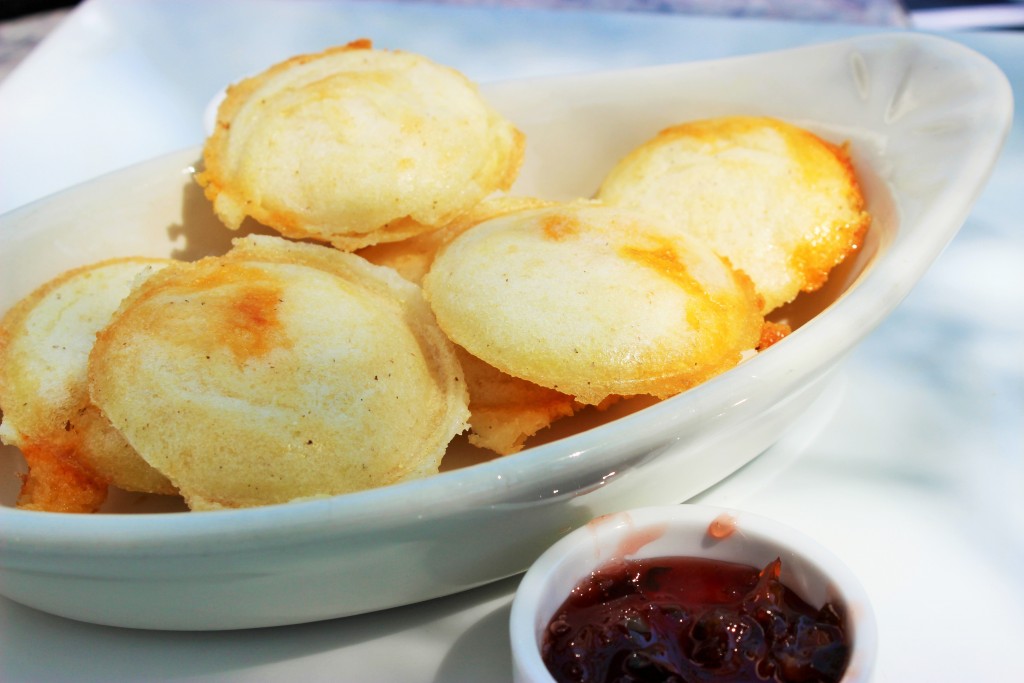