Monthly Feature
Fatty is back, delving into the world of fast food…with another great list!

Blarghy! That was my first feeling after seeing a biopic on The Simpsons phrases.

You see, back in the early 90’s I was walking around in Galveston and a friend of mine noticed something unmentionable on my foot. He was mortified and asked me what it was My response? “Meh.”

This meant nothing to me at the time. But as the years passed I noticed other shows doing it: The Simpsons, South Park, X-Factor.

This was MY word. Always has been. Learn it. Live it. Love it. And be aware that I, Fatty, am the official “meh” Meh. 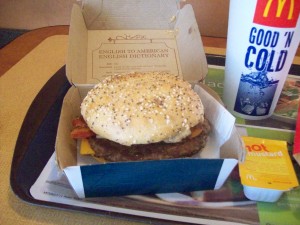 I learned one cold hard truth: There is a reason they call them limited time….

I’m still pissed, but I put together a limited time pyramid? Half are already gone, so anyone who sees me in public can kick me randomly. (In fact, I’m OK with it. Just not in the nuts.)

I saw that McDonald’s was doing a new “English Pub” burger. I was intrigued. I told my folks that we had to try it, and from there it went.

Disclaimer: I am always better than you with my opinion, but I could be (doubtful) wrong.

#5 Wendy’s Hot and Juicy
Not only are they stomping on the owner’s grave, but it simply is an awful burger. Where’s the beef? Back where Dave died. If I had a majority share, I’d pistol-whip whatever ad-wizard thought this was a sound concept.

#4 McDonald’s English Pub
I’m not saying it was necessarily bad, it just wasn’t me. Chewy ciabatta bread has always been a love/hate thing, so…

#3 Burger King’s California Whopper
This was not only one of the best fast food burgers I had, but it also, inexplicably, had dumbass mayo (And from now on I will always refer to mayo as dumbass mayo)

#2 Jack in the Box’s Outlaw Burger
Say what you want about this bubble-headed white sphere pointy nosed non fatty. I love me a burger with onion rings. 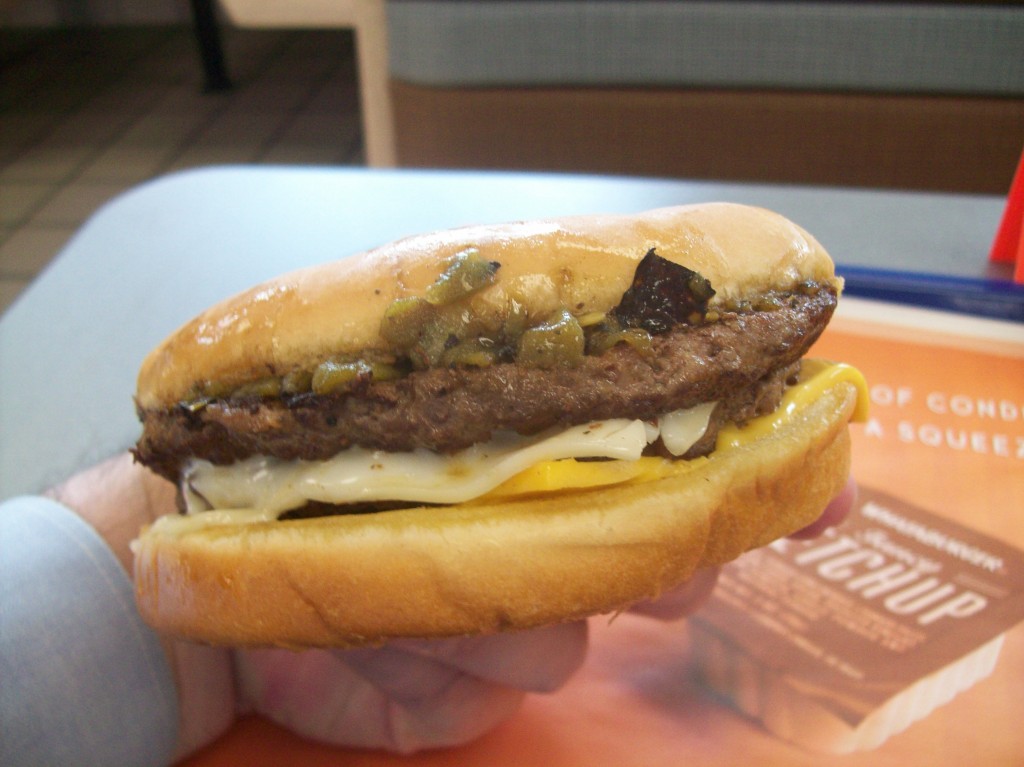 #1 Whataburger’s Green Chile Burger
Here’s the deal. This was the best burger I had. Would anyone like to see it come back?

I’m gonna let Fatty address these issues. FF, you look to be correct on this one!

Since when is anything fast food does “authentic?” I just did an entire rant about Taco Cabana pretending that bacon was authentic mexican!

I definitley agree with your top two. Had the Outlaw Burger at about 4 a.m. right after one of my many evenings of debauchery that inevitably lead to a 7000 empty calorie meal from the nearest fast food drive-thru. I don’t even like onions, but the onion rings really make the burger. And I’m sorry, there’s just not many things that won’t be more delicious with chile peppers on top of them. In that respect, I rank them third right behind bacon and gravy. Keep ’em coming Fatty.

I completely agree with Gray’s assessment of chile peppers! Completely!

What about the 1995 Superhero Burger from McDonalds? Featuring 3 patties, yellow American cheese, white American cheese, tomato, lettuce, onion, and mayo all laid out on an elongated bun like a hero sandwich. The burger was released as part of the “Taste of the Month” series that McDonald’s ran in 1995 where they had a new burger every month. The Superhero Burger was also tied into the promo campaign for the film “Batman Forever” and the ads for it featured Batman and the Batmobile.
MEH MEH MEH, BLARGG!!