Monthly Feature
Fatty is back, delving into the world of fast food…one dish at a time!

Three reviews. Two on Taco Cabana. Coincidence? Absolutely not. For those unaware of Taco Cabana, it is essentially the Starbucks of Texas. There’s always one within a stone’s throw. Ever see Demolition Man? Somebody obviously traveled to Houston around 2015 and we became the inspiration for the film. You pretty much have to eat it at least twice a month.

So I went up to my local TC to try out their new Fajitas Puebla. (limited time) I will start with the cashier. Honestly, she was one of the peppiest people I have ever met, and I’m sorry I didn’t catch her name. She deserves some praise. I’ll just say to look for a young blonde if you are ever at the Kirby & 59 location. (That should help some of y’all go on its own merit.)

Anyway, I placed my order and headed to the salsa bar. For those who read my first review, I mentioned that I liked their new ranch salsa. It wasn’t there. Considering this was the same location, my brow started to slightly raise. 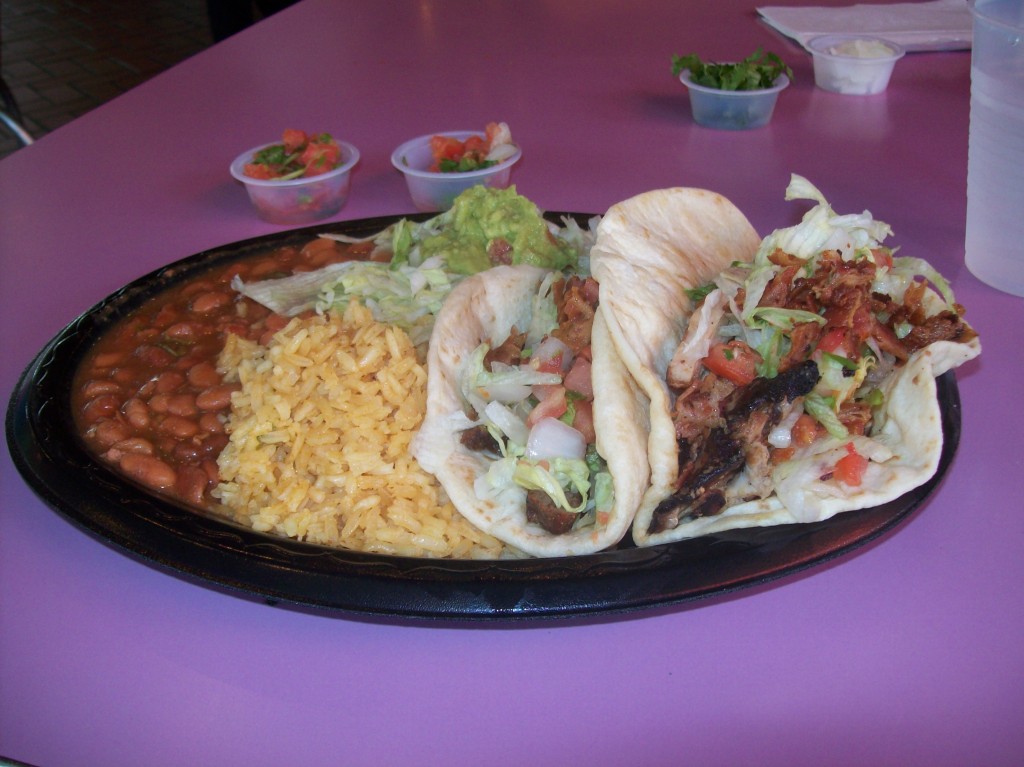 The new fajitas puebla tacos are made with marinated steak or all-white meat chicken, topped with a mix of fresh pico de gallo, shredded lettuce, and chopped bacon. For the final touch, Taco Cabana created a creamy avocado sauce made with avocados, jalapenos, sour cream, and chopped cilantro topped off with a hint of fresh lime juice.

Once again, they say the inspiration for this came from culinary trips to Mexico as part of its ongoing commitment to bring guests the traditional and emerging flavors from there. That explanation might explain the avocado sauce, (and that is stretching it,) but bacon? Please. This is as close to authentic Mexican cuisine as spaghetti & meatballs.

This item is available as combination platter or a dinner (chips and a drink vs. rice and beans.) I went with the dinner. Big mistake. 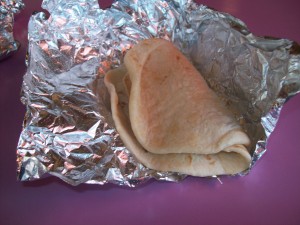 What am I supposed to do with these?

My order is up and I head to the window and bring it to my table. The dinner comes with rice, beans, guacamole and… two extra tortillas. I’m still trying to figure out what the tortillas are for. I decided to get a combination of chicken & steak so I could review both.

As I unwrapped my fajitas, I found something lacking, like fresh pico de gallo, shredded lettuce, chopped bacon and a creamy avocado sauce. (yes, I copied and pasted that last line. Wouldn’t you?) I explained that they had mixed up my order, and they quickly rectified it and let me keep the other two tacos. Nice. It makes the $7 + price tag a lot more digestible.

Now, to the folks who say everything tastes better with bacon? Stop it. Bacon tastes better on a burger than it does in a French onion soup. That isn’t an opinion. That is a fact. These tacos tasted fine enough, but the bacon and other toppings are pretty bland add-ons. I barely even noticed they were there. Simply put, these new additions to their regular fajitas weren’t worth the extra calories. (which I know, thanks to receiving the two “regular” fajitas. 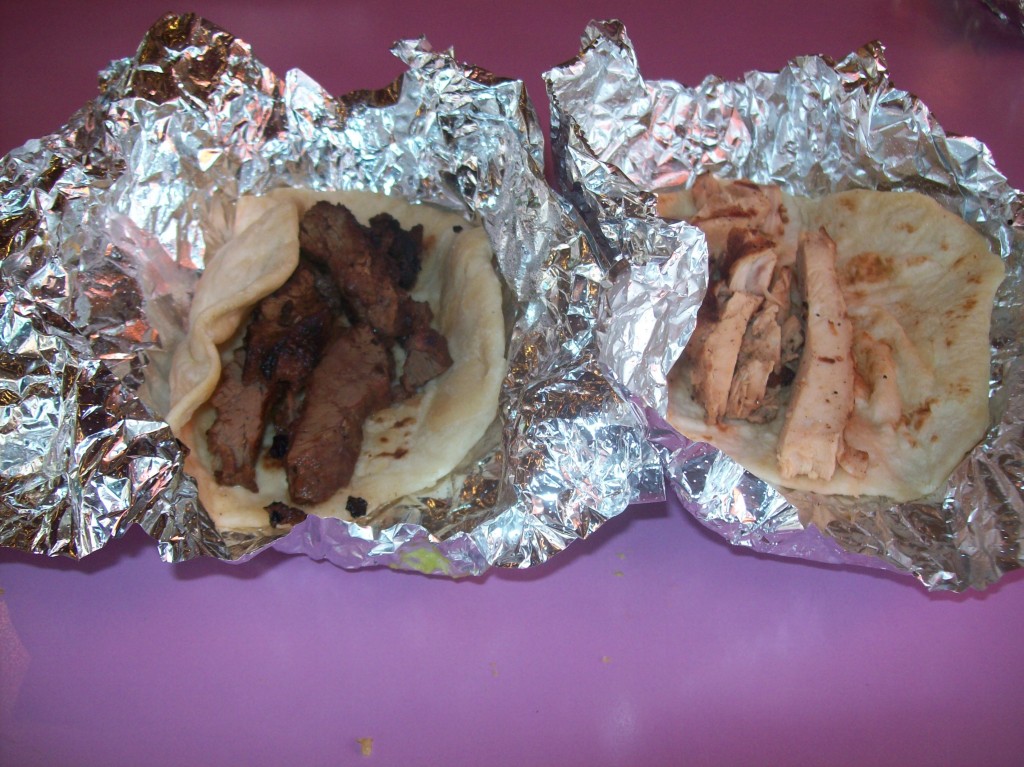 If you want to try this out, go for it. I’ve seen some very favorable reviews, and it might be just your speed. But my best advice is to opt for the combo. The “dinner” option had very uninspiring guacamole, tasteless rice, beans that tasted strongly of vinegar, for whatever reason, and the two tortillas to nowhere. (mild shout out to my Valdez peeps.) And that’s what I’ve concluded about TC: Very good at making very basic Tex Mex. Still needs a lot of work with its fancy creations.

Ah well, go in and be on the lookout for the blonde cashier. She’s worth going all on her own.

I tried this the other day myself. And for the first time ever, I decided that if I get it again I will have them hold the bacon. Outside of that I liked it.

Something I have never uttered…”hold the bacon”. And that doesn’t just go for food.

I agree completely. But for some reason, the bacon just doesn’t belong on these things. I mean, I twitch a little just saying that, but its true.