There is big news for a Little Rock institution. Town Pump was recently sold to local restaurateur Shea Bryant. If that name sounds familiar, it should. Shea also co-owns Gadwall’s Grill in North Little Rock. She officially took over Town Pump on November 9, 2018 but waited to make an announcement so she could make several improvements–like remodeled bathrooms remodeled and a POS system change–before going public.

“I do not own the building but it wasn’t in the best shape, which I took care of,” says Bryant.

For Bryant, the opportunity to take over Town Pump was just too good to pass up.

“I asked our Sysco rep, Chad Butler, to be on the lookout for a spot  for me to take over and serve plate lunch and breakfast. He came to me with a couple of other spots but I didn’t like them. Then Town Pump came up and I was all over it.”

Although there are several changes, Town Pump still has the same atmosphere and vibe, which were important for Bryant to maintain. But the place is now cleaner, smells better, and even has a new television behind the bar with two more planned for the patio.

But you should expect some changes to the menu.

“I did change the food. The Pump had burgers. I just changed the meat to the same meat we use at Gadwall’s. I did the same with the hot dog, ham, turkey, corned beef, cheese dip, nacho chips, chili, white chili. I also added a no bean chili and we now serve fresh cut fries,” says Bryant.

Rest easy … Bryant kept 2$ Taco Tuesdays and .75 cent Wing Wednesday with all day Happy Hour, along with Tuesday night karaoke (and every other Friday night).

“I added live trivia on Thursday and I have been bringing in some live music! There’s a crawfish boil on Sunday’s every other weekend.. We’ll have one this Sunday, April 14. Cost is $25 for 3 pounds of crawfish (corn and potatoes) Also on Sunday’s, we do Kickballer’s special, which is $10 for a burger and a beer and 10$ domestic buckets.”

Congrats to Bryant on her latest venture. 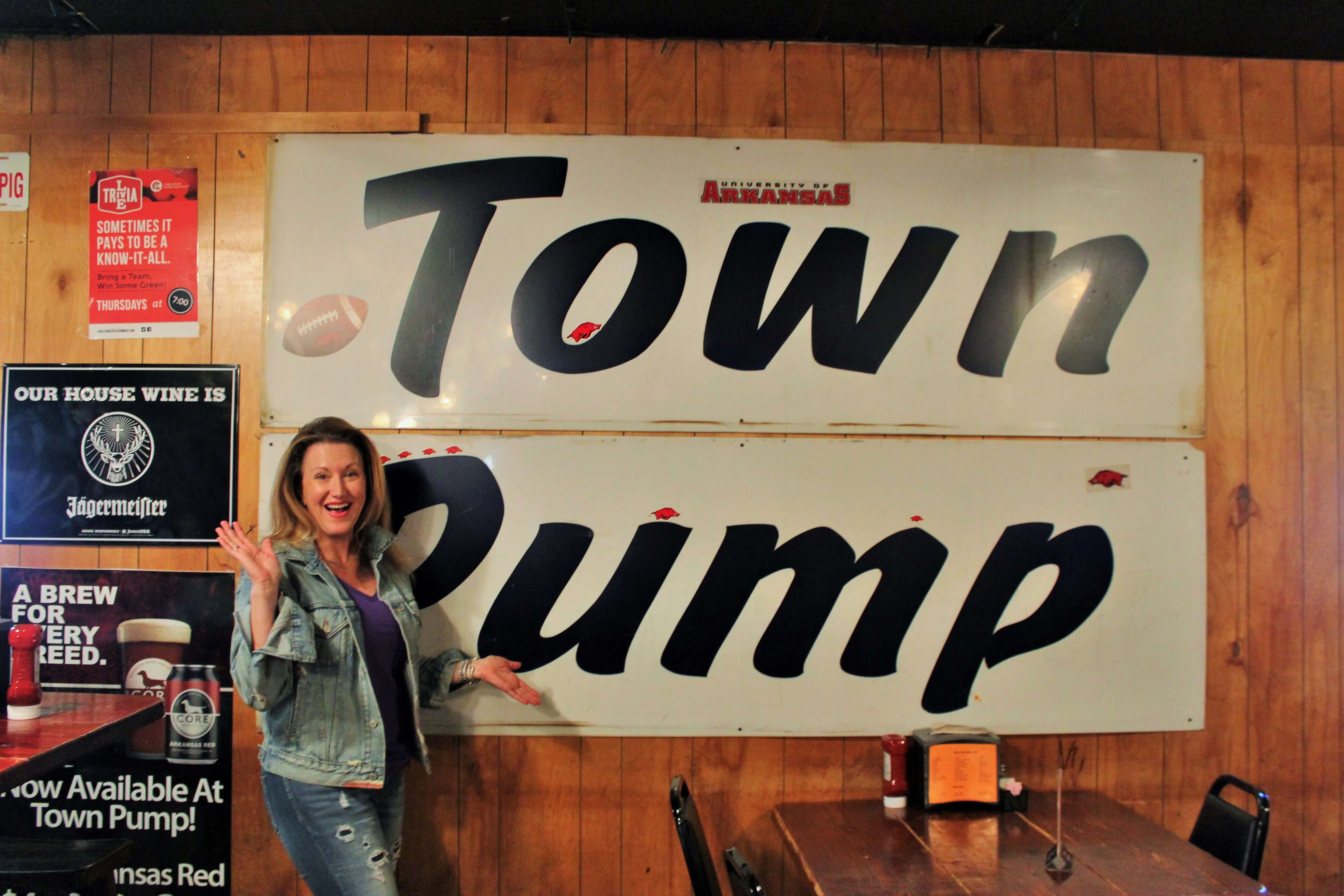 I and a group of co-workers used to eat at the pump every Friday but once the ownership changed we noticed a big dip in the quality of the food and service. The food Sysco provides is nowhere near as good as what they were getting from Ben E. Keith. The menu changes removed a lot of my group’s favorites and they ruined the once amazing townpump nachos. It’s still a good place to grab a drink after work but I wouldn’t suggest eating there.

You must work for Ben E. Keith

“Google his name” … please let us know what made this persons opinion more impactful that it deserves “a google?” I did, I may have missed it other that having an opinion l. respect this person had an opinion, however;, I question the lack of biases based on the “quote” and not listing any qualitative experience

The Town Pump has been great since it originally opened. It is actually much cleaner now and the food is still top notch. The live music edition on Saturday nights is very nice too! I hear Bucket will be there on April 20th!

Congrats, Shea. I have been a couple of times since you took over but you weren’t there. I wish you the best of luck! Awesome to get the place cleaned!

I’ve loved that place since burgers and a basket of fries was $5.

Will here be vegan options for my wife?

The Best French Dip In Town

Love the cleanliness too

If she acts out the same way she does at Gadwall’s, I don’t expect many customers to tolerate her behavior. She screams, berates and cusses out her employees and sometimes she even does it to customers. Totally unacceptable and unprofessional.

You must be so concerned that you read the article to get to the comments. You would make a great stalker

My husband and I have been regular customers of Gadwalls for many years and I have never seen or heard Bryant act in the way described by this customer! Always very busy and still very friendly! Love ya Shea!

It’s not the same. They ran out of wings on wing night. Seriously. Never happened in my time there. And it’s just or the fun atmosphere it used to be. Bartenders aren’t as friendly, food isn’t as good. I hate it because we used to go at lwast twice a week. Now it’s once a month MAYBE.

HAHA! They used to run out of food EVERY goddamn Wednesday prior to Lawrence’s arrival and the bathrooms were literal shitholes. Place is cleaner, staff is just as nice as the old crew, and the food is still great. Only downside is that the bartenders don’t have the heavy pours they used to have – which being a previous bar owner myself – I understand completely how important it is to keep track of inventory.
P.S: If you’re going to leave a comment – positive or negative – have the decency to attach your name to it so you don’t lose credibility.

The burgers and fried pickles are different and not worth going for.