Monthly Feature, By Becca Bona and Kevin Shalin
Becca and Kevin will check out a local restaurant, each at different times, and then write separate reviews. This month, it’s Lulu’s Latin Rotisserie & Grill.

I can’t exactly pinpoint the boom in our food scene, but I’ve been excited to see different influences and styles surface – like Lulu’s.

Lulu’s Latin Rotisserie opened in 2015, and almost immediately found a niche. Think Bolivian and Peruvian-style rotisserie chicken, empanadas, plantains, and more. Surprisingly, this is my first trek to Lulu’s – probably because it’s west of Mississippi. I went on a sleepy Friday for lunch with a friend, prepped and ready to see what they had to offer.

The space is nice enough, with a no-frills atmosphere, and comfortably decorated with Latin American-inspired art and music to match. The menu isn’t complicated, offering various sizes of Pollo A La Brasa (South American Rotisserie Style Chicken) with sides and apps dotting the front page as well as various platters and sandwiches represented on the back. 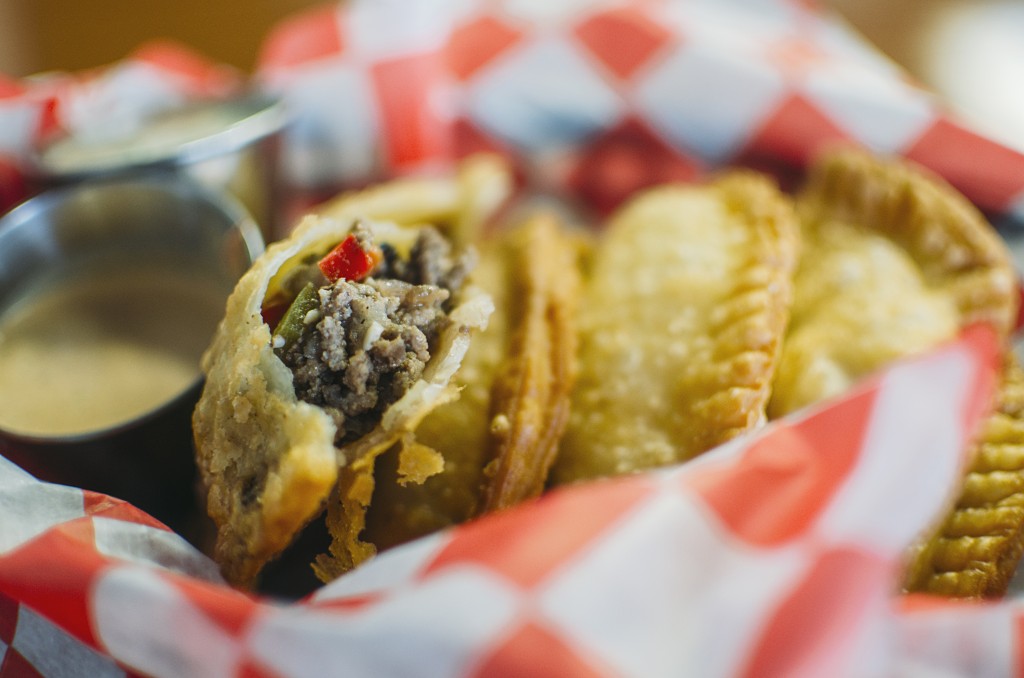 We started with an order of four empanadas – Beef, Chicken, Spinach, and Cheese. I was probably most excited by the crust. Our friendly waitress informed us that they prepare them by hand and make them fresh-to-order, which you can tell from that first, hot and flaky bite. The beef filling was by far my favorite – I literally could have eaten four of those as my entire meal. We tried all of the sauces –Aji Amarillo, Chimichurri, and Lulu’s Green Sauce – and while they were good, I ended up eating the Beef Empanada without much addition.

We then ordered a half Rotisserie Chicken – which comes with dark and white meat. Now, as a foodie who is not the biggest fan of chicken, I enjoyed my meal, as the bird was juicy as all get out. I am usually a fan of dark meat but the white meat shined here. I could see myself ordering a whole Rotisserie Chicken (white meat) and taking it home with me to meal prep for the week. Our chicken came with two sides – we chose the beans and rice and decided to sub in plantains. The beans and rice weren’t out of this world, but the plantains were delicious – in fact, we argued over the last one. 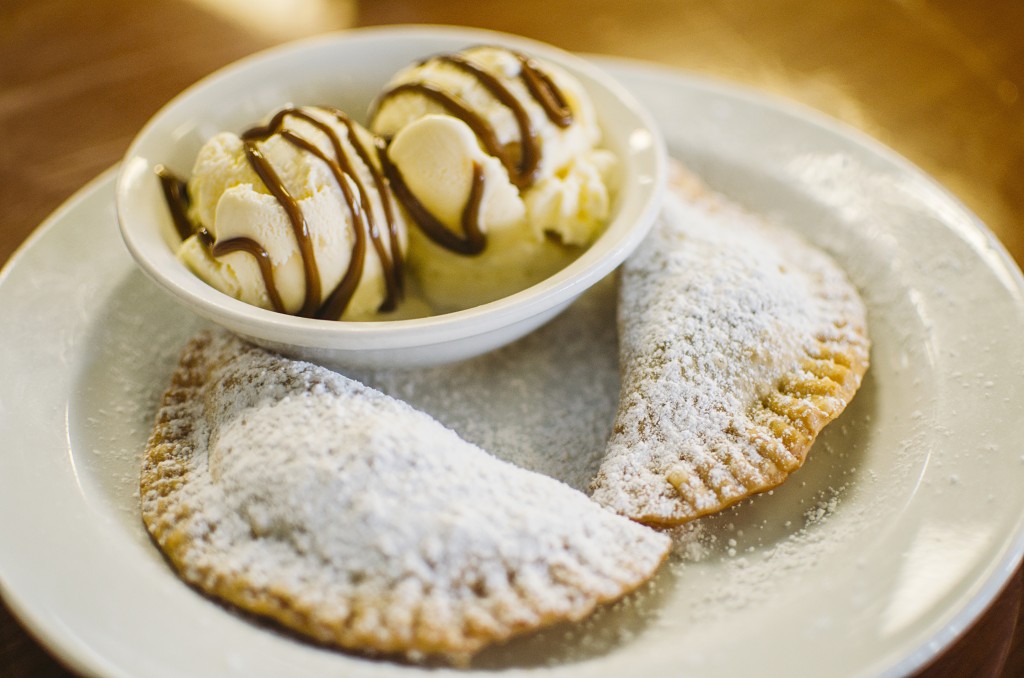 Finally, we checked out the dessert empanadas – which came with powdered sugar on top and a fruit filling. While the crust was amazing (like our appetizers) the filling – apple and caramel – didn’t do it for me.

When it comes down to it, I’m glad Lulu’s calls Little Rock home. This is the type of place I’d take a friend to if we wanted to catch up over a decent meal while hanging out in West Little Rock.

While I typically go to Lulu’s for dinner, I decided this time around to meet a friend for lunch. This was my buddy’s first visit to the restaurant and I was excited for him to try the food. My last experience a few months back was an absolute hit and I was hoping this meal would be the same.

Unfortunately, it was not.

Let’s start out with the good … my daughter’s bowl of black beans and rice and our table’s shared fried yucca appetizers were both spot-on. I love the tender and flavorful beans and rice combo, and at $6 for a large bowl, it’s really a filling dish at a great price. The yucca is always fried just right and a perfect way to start any meal at Lulu’s. 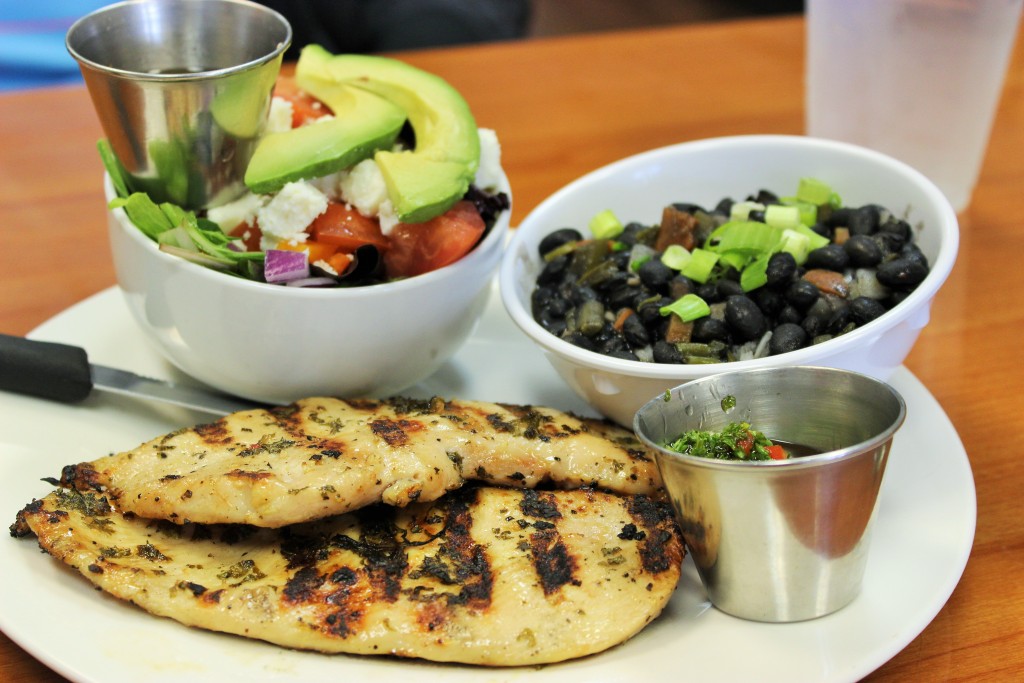 The rest of the meal was a mixed bag. I’m not quite sure why my friend opted for the Grilled Chicken Platter, which comes with two well-seasoned, fairly tasty, boneless chicken breasts, over Lulu’s signature rotisserie chicken. He’s young and foolish at times. Folks, I can’t stress this enough … pass on this dish in favor of the rotisserie chicken. You can make chicken breast like this at home on a Tuesday night. Again, was it bad? No, but it was boring and certainly didn’t stand out in an overly positive way. He was complimentary of the side salad and I’ve already mentioned the rice and beans which also came with his platter. 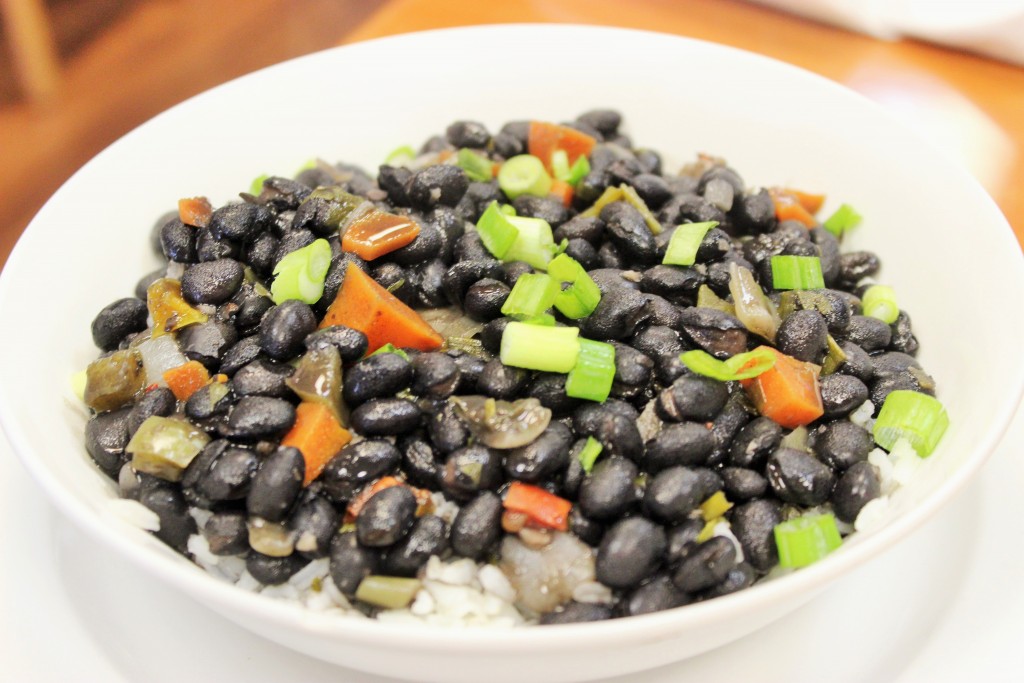 My Grilled Steak Sandwich was the low point of the meal. A thinly cut piece of fatty beef resided on the bun with some accompanying grilled mushrooms, onions, Provolone cheese, and mayo. I enjoyed the other elements of the sandwich, but the chewiness of the beef was just too unappealing to make me want to eat more than half of it. The meat was a true disappointment because Lulu’s knows it’s way around steak. Keep in mind, I love Lulu’s Parillada for 2, which comes with medium rare strip steak that’s as beautiful as it is delicious. 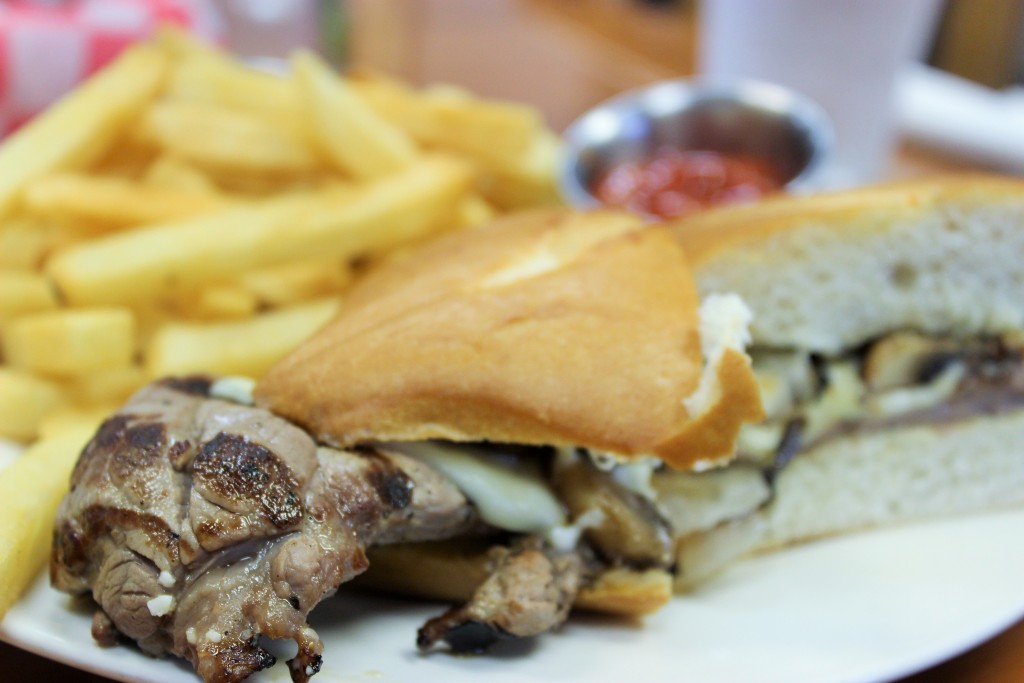 Our service was fast, attentive, and quite friendly, but here’s my main issue with Lulu’s … consistency in food. I’ve had both average and stellar meals at this restaurant. Heck, I could say that about almost every restaurant in Little Rock, but there’s so much potential here with Lulu’s, that I really want every meal to be great and for them to build a following as that top-notch neighborhood hole-in-the-wall. The talent and creativity is definitely there to do it.

I’ll come back soon to Lulu’s, probably for dinner and definitely for the Parillada and a cocktail.

Hubby and I ate there once for lunch. Neither of us were impressed.