Monthly Feature, By Becca Bona and Kevin Shalin
Becca and Kevin will check out a local restaurant, each at different times, and then write separate reviews. This month, it’s Leo’s Greek Castle.

Becca’s Take
Leo’s is that place you take your out-of-town-friend to when you’re trying to enjoy Hillcrest and all the neighborhood has to offer. Maybe you stop in for lunch, planning to enjoy the coveted patio, or you make dinner plans, knowing you will take full advantage of the $0.75 PBR. Either way, you know you’re getting a bit of a hole-in-the-wall vibe that comes with the food your cravings are made of.

I stopped in on a slow Monday night for dinner, and I had my mind made up on at least two of the three items I would order: The Leo Burger and the Gyros Sandwich.

The Leo’s Burger is an unexpected gem, as in, it’s a serious underrated dish in the Rock. You get a chargrilled 10 oz. burger with American cheese and all the fixings – (which is a lot – so bring your appetite), all for less than $10. This dish embodies all the nostalgic goodness of a grilled burger from a family gathering while repping that diner vibe. Likely, it’s exactly what the doctor ordered for your hair-of-the-dog. 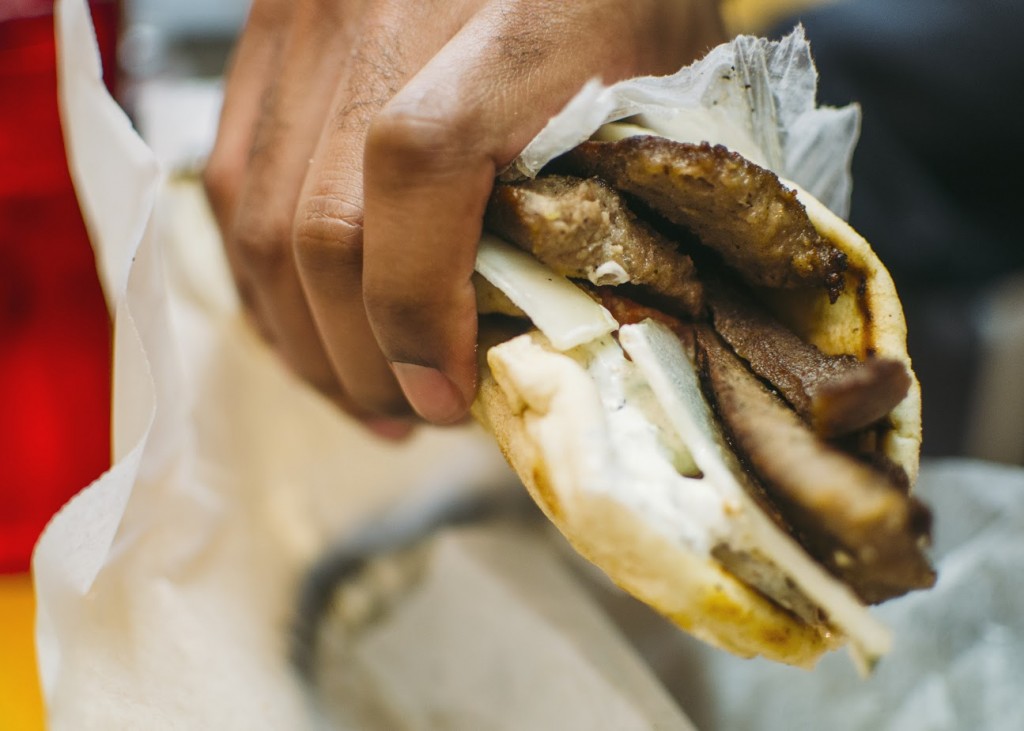 On to the Gyros. There are plenty of places in Rock City where you can get a decent Gyros Sandwich with lamb, but Leo’s stands out. It’s hard not to drool a bit when you’re biting into the meat, as it’s so juicy. Everything else is decent, but the lamb is the true star of the dish.

To round everything out, I decided I would try the Sampler Platter from the appetizers list. The hummus is alright and the dolmas are even better, but the place actually packs a punch with their baba ghannouj – which I was pleasantly surprised by. 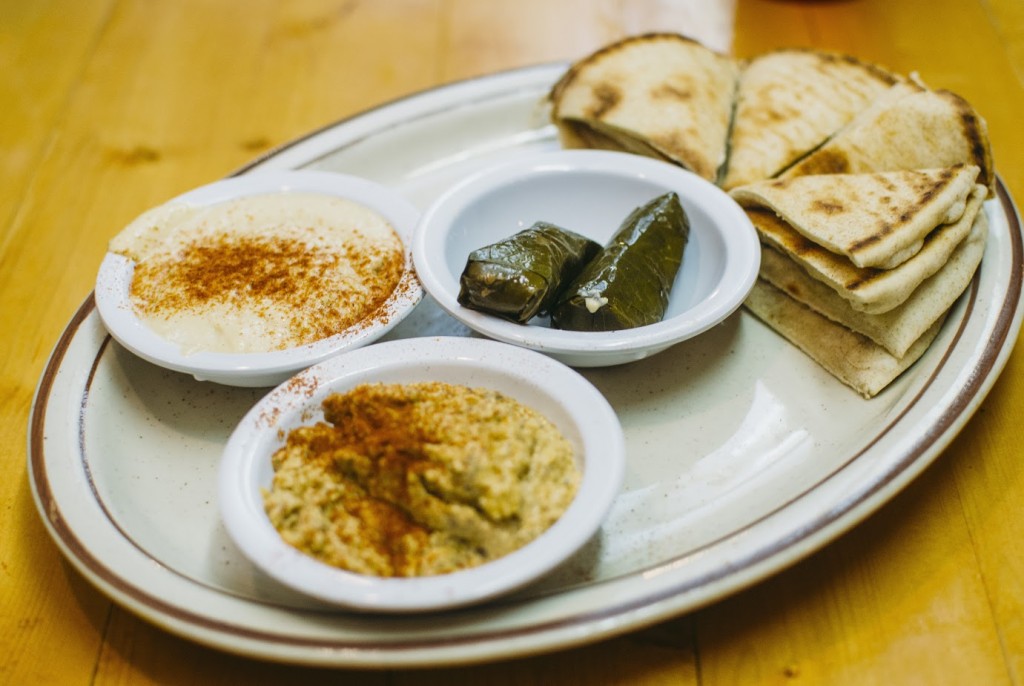 Ultimately, I’ll visit Leo’s again and again. They take all the American goodness of a homey diner and throw in Grecian influences. Leo’s might be Hillcrest’s most underrated neighborhood hang – especially when you consider the quality of their breakfast offerings (which deserves its own post), coveted patio, and $0.75 PBR.

Kevin’s Take
It’s probably been a few years since my last Leo’s visit, and quite frankly, that’s a shame because I remember the food being pretty good. But before I delve into the culinary aspect of my most recent visit, let me touch on the actual restaurant itself. It’s one notch above being a complete shit hole, but, that said, it’s an important notch. I love places with a ton of character and Leo’s has just that. Parking is at a minimum, as is outdoor and indoor seating, but one step inside and I can’t help but feel the place has that certain something. Anyways … it’s super casual, cozy, and a little quirky, but I like the atmosphere.

Let’s get to the food.

My table of three ordered the onion rings, baba ghannouj appetizer, Leo Burger, Chicken Gyro Sandwich, and Falafel Sandwich. First things first, the onion rings were some of the best I’ve had in town. Thick, beer battered, slightly sweet, and not greasy, these rings were classic and delicious. I literally had to stop myself from eating the entire basket. The baba ghannouj appetizer was solid, but, honestly, I’ve had better in town. It was super creamy, but definitely needed more lemon juice. And while my falafel sandwich with fried chickpea patties, hummus, and veggies wrapped inside some warm pita were all delicious, the star of the table was my daughter’s Leo Burger. 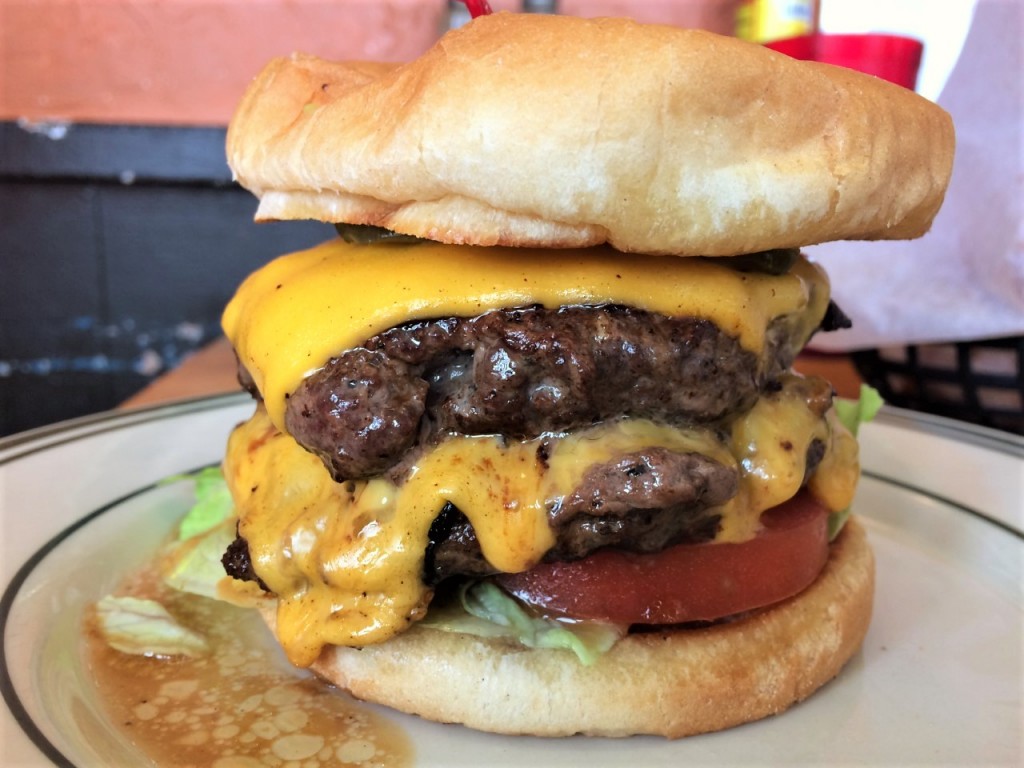 This damn thing is a burger’s burger. It’s greasy, it’s cheesy, and it’s sloppy, but damn if this double thin-patty monstrosity wasn’t absolutely fantastic. No offense to the chicken gyro or the falafel or the baba ghannouj, but the burger and rings stole the show.

We got out of there for about $37 (with tip) which was an excellent value, especially given the amount of food that hit the table. Service was great. I’m kicking myself for letting so much time pass between visits. With a top 5 burger and onion rings in Little Rock, I’ll be returning sooner rather than later.

You just talked me into a trip to Leo’s