On Mondays, you’ll get a restaurant review either from Houston or Boston…or both!

How in the world did I find Rabia’s? I honestly don’t remember.  I probably did a Google search for “awesome North End restaurants” and it popped up.  Truth be told, Hellen Keller could find a spectacular restaurant in Boston’s North End district.

I made reservations for two.  That was smart.  It was Friday night and like most North End restaurants, Rabia’s is on the microscopic side.  But on this night, small had its advantages. And I’ll tell you why.  We got to sit about six inches from another young couple’s (which we hypothesized were on a first date) table.  And when you’re married, and you’ve talked about everything 20 times over, some innocent table side eavesdropping is a godsend.

So, here’s a little background on the couple: Probably early 20’s, female is hot, dude has some catching up to do in the looks category, and conversation betwixt the two is going none too well. In short, someone needed to throw the gent a life preserver.  In fairness to his date, the hot dingbat… he was loud and fairly annoying.

Back to the meal. 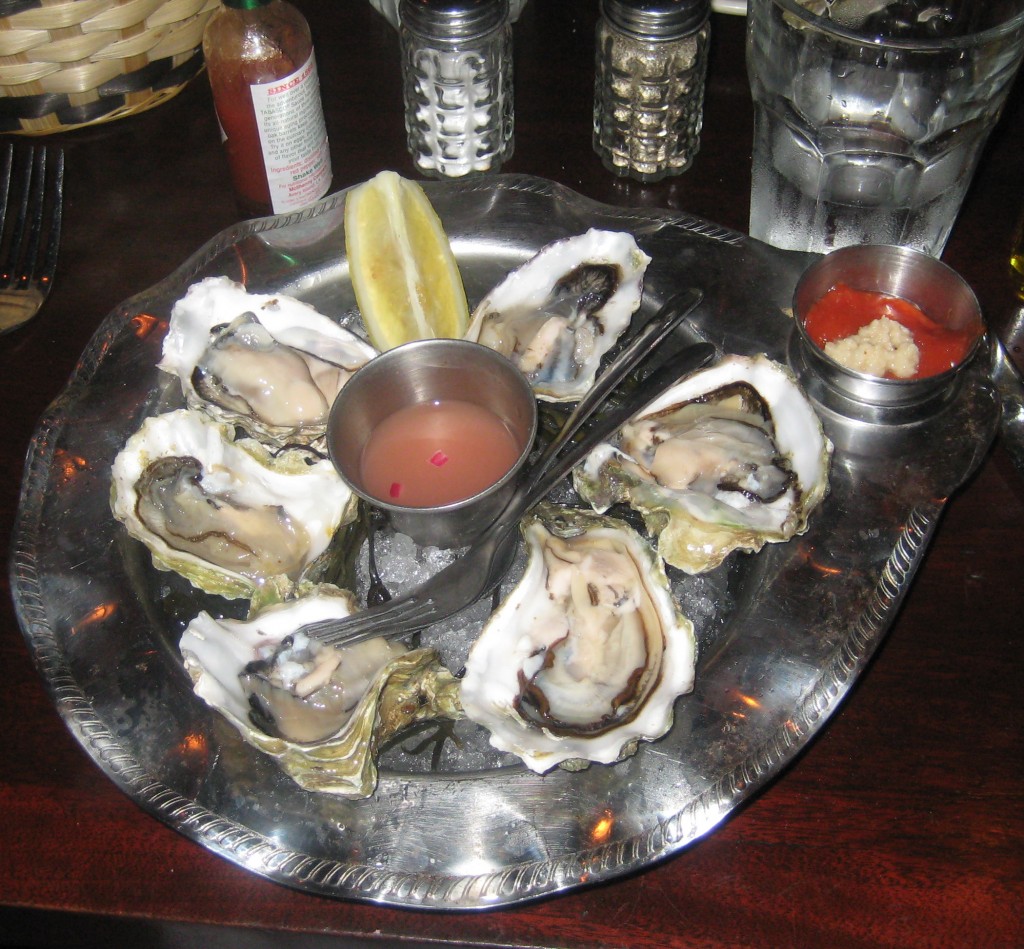 I ordered a half dozen oysters (think they were from Canada). They were delicious, but very different from the ones I’d get down in Texas.  These oysters were thicker,  heartier…but I gotta say, just as enjoyable. 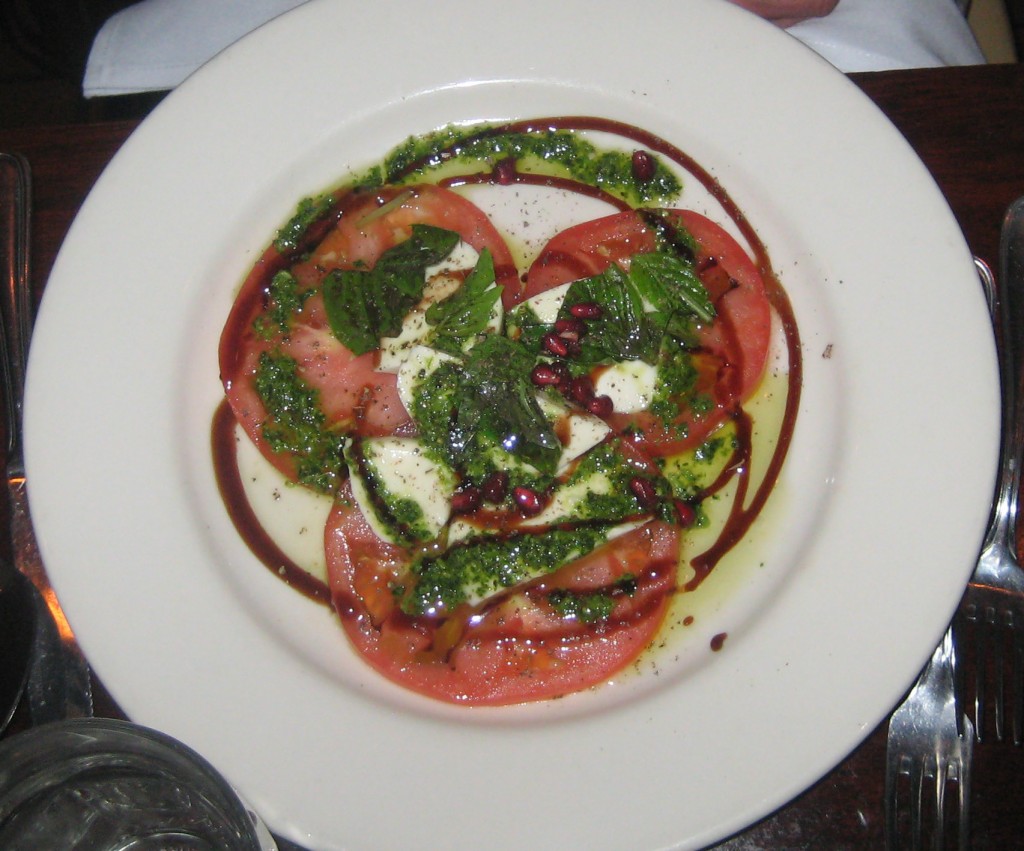 My wife ordered the Pomodori e Mozzarella salad, which on paper, included Tuscan toasted bread, ripe tomatoes, fresh mozzarella, and basil. Only, this salad didn’t have any bread. We pointed this out to our waitress, who immediately replied, “This is your salad.” The normal me would have said something back.  But this lady had sort of a Soup Nazi vibe going on…and I wasn’t about to risk getting tossed.  I tried a bite of the salad.  No complaints from me…your standard deconstructed Italian salad that presented just as well as it tasted.

By the time our entrees arrived, our companions to the right were knee deep in awkward conversation and lobster tails. Dude was STRUGGLING.  He even threw out the big first date no-no line… “One day, when I have kids…”

We dove into our dishes.  I had the Ravioli d’ Aragosta…cheese raviolis, topped with some lobster meat, a sweet pinkish cream/tomato combo sauce, and a little black Caviar. It was perfection. I wanted more lobster meat, but when do you ever really get enough of that? The sauce was thick, but the properly portioned dish wasn’t overwhelming. I love eating ravioli, because I always take my time and savor each bite. Not sure why, I just do.

Sara ordered the Baked Smoked Mozzarella Ravioli with Eggplant. Oh dear! Have you ever really tasted smoked mozzarella? Have you? You know what…it tastes smokey. F-ing fabulous! But I’m still not sure whose ravioli dish reigned supreme.

Back to our newlyweds. Their check came. The dude made a smart move…realizing the date was falling completely apart, and with lady friend ordering the most expensive menu item, he requested  a split check. Nice! And here’s a direct quote when he pulled out his credit card, “Doesn’t my card look cool? It’s all black. But I only have a $1200 credit limit.” Nice!

His lady friend put down her plastic and headed to the latrine.

Two minutes later, the waitress came back with the bad news… “Sir, this card has been rejected.” Ouch!

But here’s the thing…it was her card that was rejected, not his. But the nice guy covered. He paid for the entire meal, and when the chick came back from the restroom, he told her they weren’t able to split the check.

It was a nice end to their meal, and ours as well. We loved Rabia’s food, intimate setting, and total North End vibe. Even with all the options in the area, I’d still find a way to make it back to this restaurant.

If you want some great oysters, you should also try Neptune Oyster right next door. Another tiny place but they have incredible oysters and other seafood!

Thanks Bryan for the recommendation….I did walk right past Neptune’s and I read some good things. It shall be my next North End restaurant.