This is a story about a little boy…a boy who, for 30+ years, lived in a big city. The boy then moved to another big city. Months after his arrival in the new, big city, the boy stumbled upon one of the greatest culinary creations known to man. But alas, the little boy was once again asked to move…this time to a small city.

Fearing the worst, the little boy said good-bye to this magnificent, still newly-discovered food and set off for a new life.

The little boy loved his new, small city dearly, but often yearned for the dish he worried would not appear.

Then…months later…the little boy had the great fortune of walking into Mr. Chen’s Authentic Chinese Restaurant…and all was right in the world again. Why? He was reunited with vaunted steamed buns (a.k.a soup dumplings). What a beautiful tale.

In reality, it still depresses me that all my many years in Houston I never stumbled upon the sacred soup dumplings. They’re all over the place in Boston, which is why I practically lived on them last year. Who can resist a nice steamed dumpling? No one, right? Now imagine injecting that dumpling with flavorful broth. It’s damn near a religious experience.

I’d practically given up on the idea of ever finding them in Little Rock. But, low and behold, good ol’ Mr. Chen’s has them ($4.95 for 10-count) and boy are they good. Not the best, but nevertheless a great showing. The dumpling was filled with ground chicken, which is a bit surprising since most are with pork. The warm broth kept the meat most and was just the right temperature where you should feel comfortable about popping the entire dumpling in your mouth. In fact, there really isn’t another way to eat them. If you bite the dumpling in half, all of the broth will dump out. In the world of soup dumplings, that’s what we call a total fail. Mr. Chen’s also has pan-fried dumplings (again with ground chicken) and they too are a nice representation of this classic Chinese appetizer. 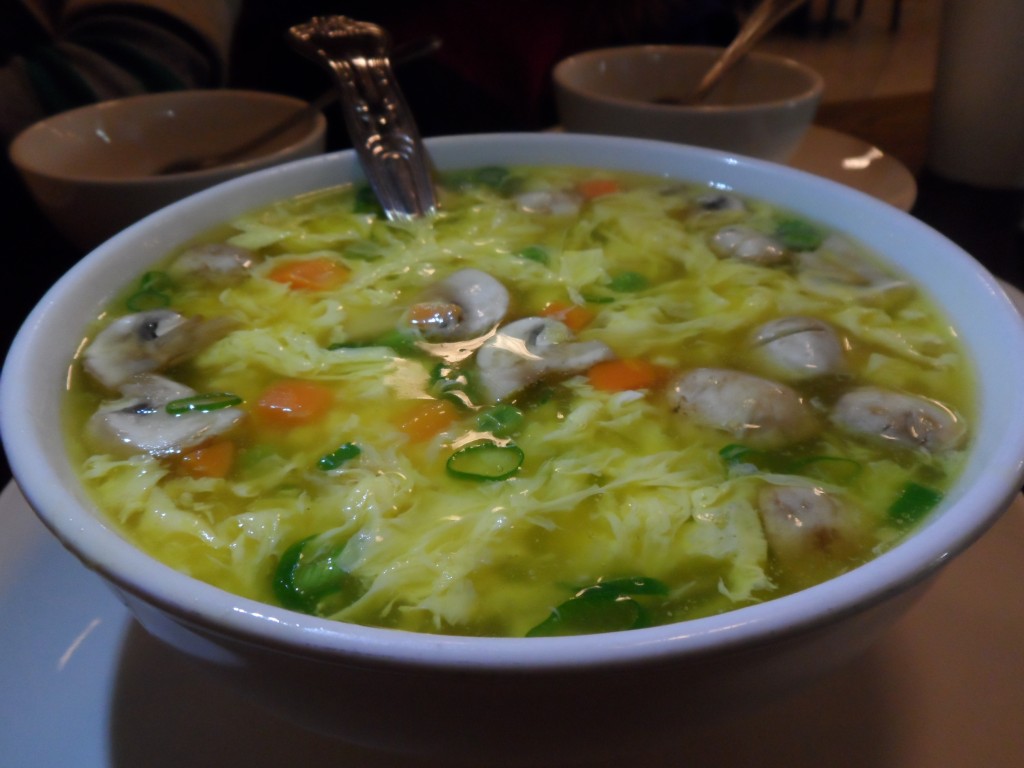 We tried the egg drop soup ($3.95), which oddly only comes in a 2-person serving size. Unfortunately, the soup was below average, laced with frozen peas and carrots, big chunks of mushrooms, and thin, under-seasoned broth. 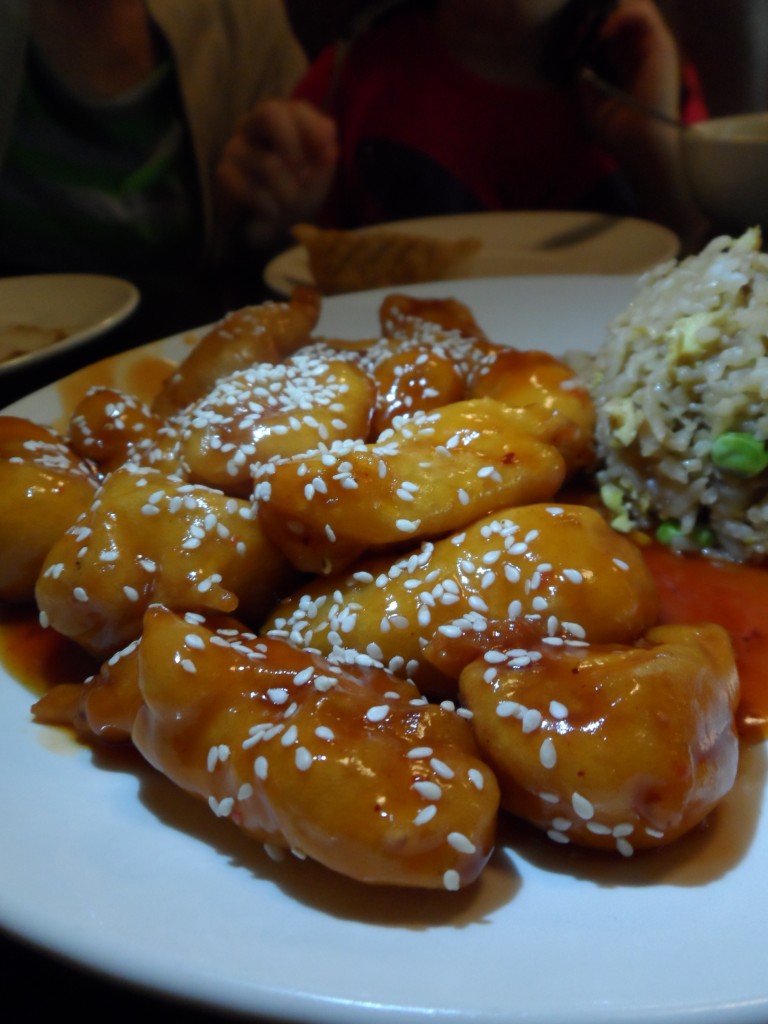 My tablemates ordered two lunch combination plates: orange chicken ($6.50) and sesame chicken ($6.50). While the orange chicken was underwhelming at best, the sesame chicken was downright terrible. I found the actual pieces of chicken to be tough and over-breaded. The accompanying egg fried rice was adequate, but the test-tube shaped generic egg roll, which is found in most Little Rock Chinese restaurants, was not.

It all sounds like a mixed bag, doesn’t it?

A little bit, but not really. I haven’t gotten to what I ordered yet, which was the beef chow fun ($7.95). The chow fun is a stand-alone dish, not found on the lunch specials portion of the menu. Please don’t let that deter you from ordering it. Quite simply, it’s one of the best things I’ve eaten in Little Rock, and, for that matter, any Chinese restaurant in the country. Yes, the chow fun was that good! Tender pieces of beef are mixed with flat noodles, Napa cabbage, sprouts, and green onions…forming a near perfect plate of food. I really can’t imagine going to Mr. Chen’s and not ordering this dish.

Did Mr. Chen’s have some misses? Absolutely. But they also had several hits…and those were home runs. In my opinion, the soup dumplings and chow fun easily make Mr. Chen’s the best Chinese restaurant in Little Rock.

Those dishes have officially become my ordering staples, but I also look forward to trying various items off Mr. Chen’s somewhat eclectic, yet reasonably affordable menu. Our entire bill came to $37.35 and that too is a dream come true.

Don’t worry, you can make your very own egg drop soup now. 🙂

Houston finally got some soup dumplings, to rave reviews, but unfortunately E*Tao is in the Galleria Mall.

I’m so happy for you! And now craving dumplings.