To everything there is a season, and after four visits and much reflection, I can only say that the food at Diamond Bear Brewing Co.’s Arkansas Ale House is best had after three or more of their fine beers. Diamond Bear has its great fans. I spoke to several of them across my visits, and often heard exclamations of just how good the food was, and what items just had to be tried. So I tried them. But I kept getting misses. I do think with some attention to the food and to the front of the house, that Diamond Bear can make great strides. And I look forward to that.

Balance and contrast are so important to a meal. With this one only served with chips, the need for balance and contrast of the sandwich itself is thrust to the front. And so I was really looking forward to that basil and sundried tomato mayo. Doesn’t that sound great? Creamy, savory, herby, tomatoey? Sadly, it actually only tastes like mayo. None of those highlighted flavors come through. And I found that indicative of a common thread through all the food I had at Diamond Bear: the kitchen was jut not plugged in. They were not tasting the ingredients they were using and what was coming out. 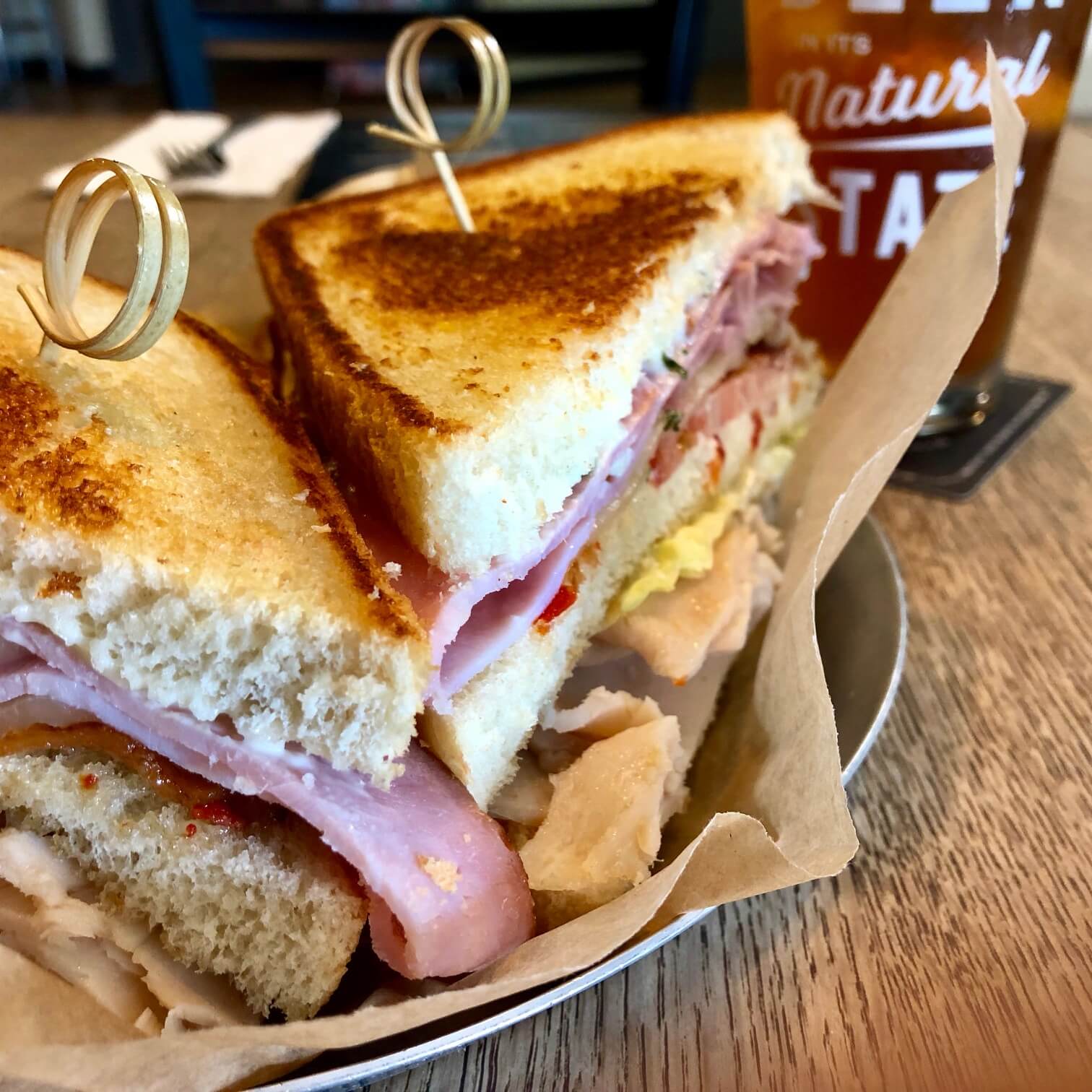 So back to the club. While the bread was perfectly crispy, the sandwich’s contents were nearly indistinguishable in taste from each other. Standard deli cut meat, soft, no individuality, no character, and slathered with that creamy mayo. It was just a study in soft and creamy and fatty, and otherwise just plainly uninteresting. Had that mayo had real zip, and the sandwich a few leaves of real basil and the turkey and ham been of a more distinguishable flavor, this sandwich could have met the description in the menu and been great.

Another suggested that I have the Diamond Beer brewed root beer and the cheeseburger. The root beer was great. Deep and dark, plenty of root flavor. I found it a lot like IBC if you’ve had that. 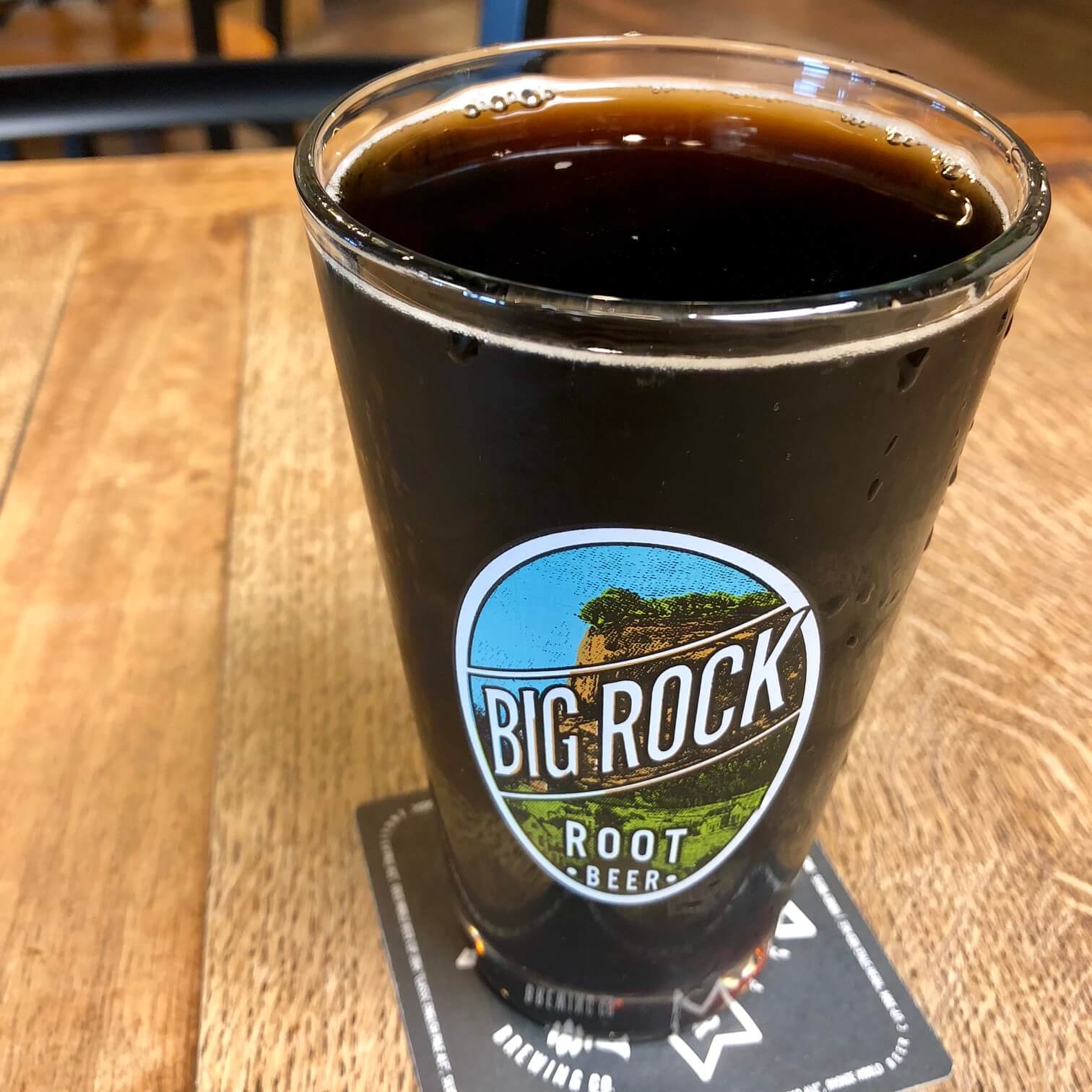 The classic cheeseburger comes with American cheese, bibb lettuce, tomato, pickle, onion, and mustard and mayo on the side. Mine actually didn’t come with any mustard or mayo and I had them bring me ketchup. There are a lot of great inexpensive burgers in this town. Leo’s Greek Castle, David’s, Five Guys. All using fresh meat, hand formed for your burger pleasure. Diamond Bear doesn’t fall in that category. Your mileage may vary, but I received a standard, premade, frozen, boxed hockey puck. I had that with their German potato salad, but found that overly salted and with way too much mustard. There’s no way that was tasted by the chef before it was served. 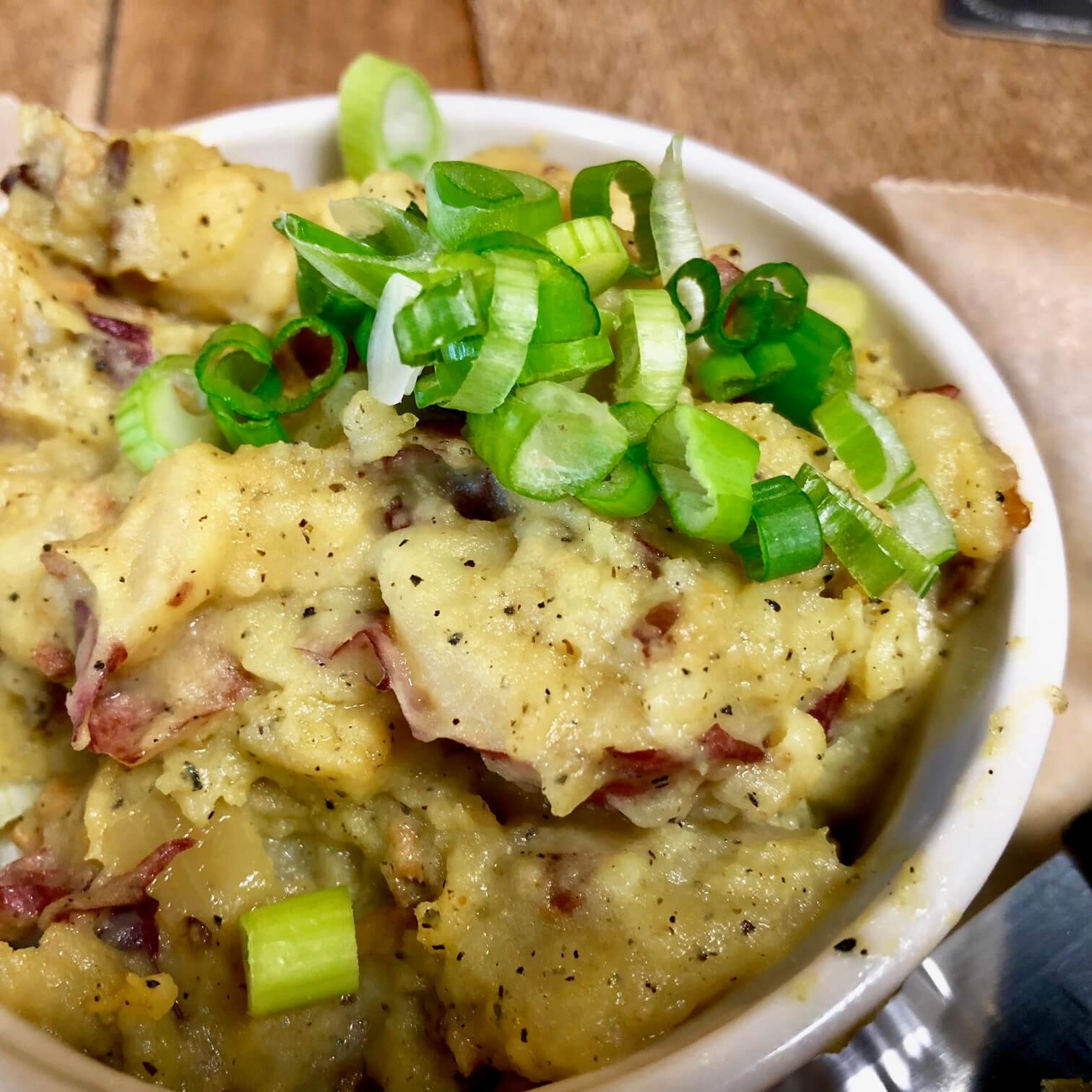 I had actually asked for a side of fries, but was told “we don’t do that.” Upon asking why, my server said that the kitchen was too small. But then she told me to come back on Thursday for their weekly special chicken fried chicken sandwich, which they make in the two friers in the kitchen. Let’s hold it right there and talk. What burger-making establishment does not serve fries with their burgers, but actually has fryers that they use for appetizers which you can order at lunch, and does offer a fried lunch entree once a week? I think that is indicative of that same core problem I saw with the club sandwich’s mayo: the kitchen is not paying attention to the customer experience. The failure to offer French fries doesn’t make menu sense to me, and certainly doesn’t make financial sense to me.

Finally, a word about service. One half of the dining experience equation is food quality. The other half is service. Diamond Bear appears to be regularly understaffed. There is no one watching the front of house. Service is incredibly slow. I experienced and saw many tables going without drink refills, without all patrons receiving their meals at the same time, and having to hunt down a server to receive their checks. This was at all different times of day and evening, both during the week and on weekends.

Diamond Bear could really use a front of house manager that trains the waitstaff and keeps an eye on the tables and the dining experience. In the kitchen, Diamond Bear needs a chef that is tasting, tasting, tasting before food goes out. There is no doubt that Diamond Bear has good beer, great root beer, a nice layout and a great porch. It has so much potential. But it’s just not well executing the basics yet.

Check out WooPigFoodie.com for recipes, kitchen chatter, and more!