Pork and Then Some More Pork

All pork … all weekend long!

What a past weekend! It all started Saturday night at the Gee Household in North Little Rock. Kelly and Erika hosted an appreciation dinner for the folks who contributed to the kickstarter project “Make Kelly Gee’s BBQ Competition Dreams a Reality.” As you might imagine, the place was filled with all the usual foodies: Steve, Daniel, Joel, Greg, Jason, Shelle, Thanh, Amanda, Jen, Mark, Kelli, Zara, John, Jerry, Kristi,  and several others.

Kelly’s new best friend (a.k.a. The Beastmaster) was on full display for all partygoers to admire its greatness. In the end, The Beastmaster produced some of the very best barbecue you’ll find in the state of Arkansas. Kelly, always the modest one, will tell you it was all smoker and little technique. But that’s BS. The dude continues to hone his craft, getting better and better with each cookout.

Highlights of the evening included the signature bite-off-the-bone tender ribs, as well as the juicy pulled pork and chicken. Erika’s insanely addictive creamy potato salad, baked beans, and bleu cheese cole slaw proved to be the perfect side dishes for the ‘cue. This is the fourth or fifth time I’ve had Kelly’s barbecue … and it just keeps getting better and better. I was particularly impressed this time around with the added spiciness of the ribs. Whether it’s for 150 people or a “mere” 50, Kelly and Erika just flat out know how to throw a great party. Chilling on their deck, with a beer and a full belly of barbecue, is about as good as it gets. 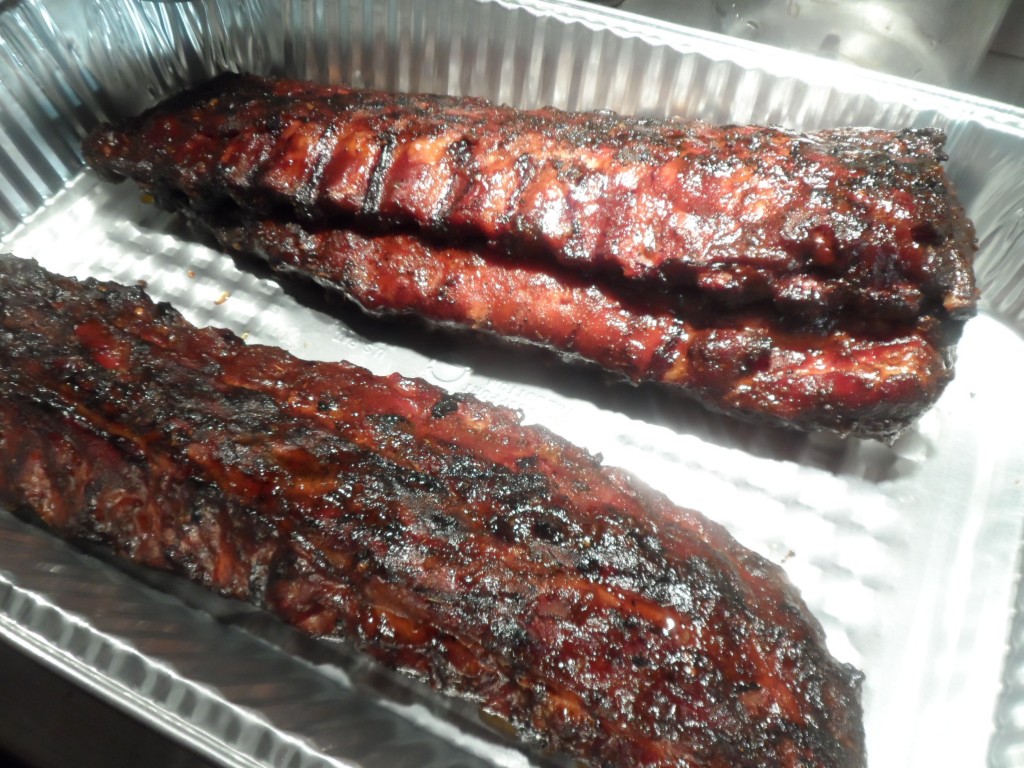 On Sunday, the family and I were invited to drive out to Vilonia for a pig roast party at Rattle’s Garden. I’ve gotten to be friends with Tara (1/2 of the dynamic duo at RG) from my visits to the Hillcrest Farmers Market. But little did I know … this wasn’t just any pig roast … this was a chef Travis McConnell of Butcher & Public pig roast. Let me tell you, there’s nothing quite like driving up to a farm and seeing two pigs hanging on spits, with a master roaster manning the show.

McConnell’s specially-designed equipment allows for the pig to roast in about four hours. Fortunately, I was there for the final hour and can tell you it’s a mesmerizing process to behold. Watching McConnell in action—turning the spits, shifting embers, and re-placing foiled sweet potatoes—is a true, must-see culinary experience. Once everything was done, Travis sliced and diced the pig into rustic serving cuts.

What followed can only be described as a pure animalistic feeding frenzy. I ended up with some succulent shoulder and a few long-bone ribs. The roast also included delicious greens, green beans, and roasted sweet potatoes. Everything was spectacular and uniquely different from the Saturday cookout.

Many thanks to Robert and Tara for having us out, to Mitchell (from Freckle Face Farm) for providing the pigs, and to Travis for his masterful preparation of the animal. It was an honor to be in attendance.