This week I decided to venture into something totally different and try the new Vegan “Impossible Burger” which is slowly being launched nationwide, initially at selected restaurants (this burger was from Hopdoddy in Rice Village).

For those unaware, the Impossible Burger is so named because it is made with zero animal or dairy products, but has the apparent ability to “bleed” and “taste” like actual beef.

Now, even as a rabid meat eater, I can appreciate the concept. Impossible Foods says that an Impossible Burger uses 95% less land and 74% less water, and it emits about 87% less greenhouse gases than a burger from beef. The plant-based burger has more protein, less total fat and fewer calories than a similar-sized hamburger patty made with beef. The Impossible Burger also has no cholesterol, antibiotics or synthetic hormones. It does, however, contain more sodium and more saturated fats than an unseasoned beef patty.

All of that sounds great, but at the end of the day, it has to taste like beef, or at least like meat. Hell, meat-ish.

For starters, there was nothing “bloody” about the patty, whatsoever. It was dry as could be, which is what I typically expect when I order one of these veggie burger monstrosities. I had one thought when I took the first bite…confusion. It initially had a texture similar-ish to meat. I couldn’t put my finger on it, but it initially seemed, eh, “ok?” And then came the horrid aftertaste. It was mildly sulfuric and quite off-putting. I’ve had bad veggie burgers before, but that aftertaste? Absolutely unpalatable. 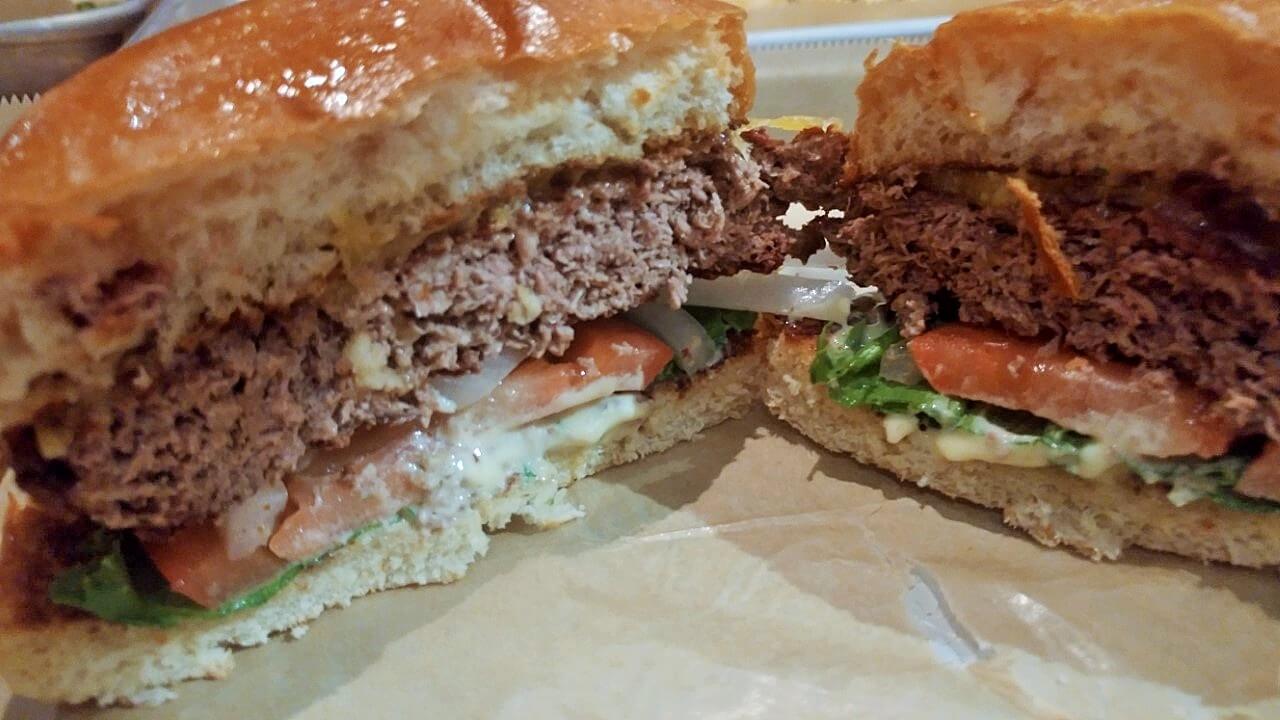 The only thing I learned about the Impossible Burger was that it was impossible to finish. And that is saying something. Even when I’ve had to review veggie burgers in the past, I’ve at least been able to finish them. This one was honestly inedible and I should have sent it back. I even had to ask the waiter if the cheese was real because the patty seemed to be sucking all the moisture out of it (apparently, it was Tillamook cheddar, which makes me honestly wonder what the hell the patty was doing to the cheese?!?).

What I can say about this burger that is remotely redeeming is that the restaurant I was at seemed completely discombobulated the entire service and they may have really overcooked the thing. Unfortunately, that is ultimately their fault; I can only review what was given to me. Considering these patties are nearly twice as much as beef. this burger was a complete and “Udder” failure (bad pun. sorry).

I’d like to say perhaps I’d try it again, but I can’t imagine I will, simply due to that awful aftertaste. At the end of the day, these guys at Impossible Foods have a good idea, and a worthy one, but they need to heavily re-tinker their product if they think it will ever have a chance of competing with a good, old-fashioned hamburger. 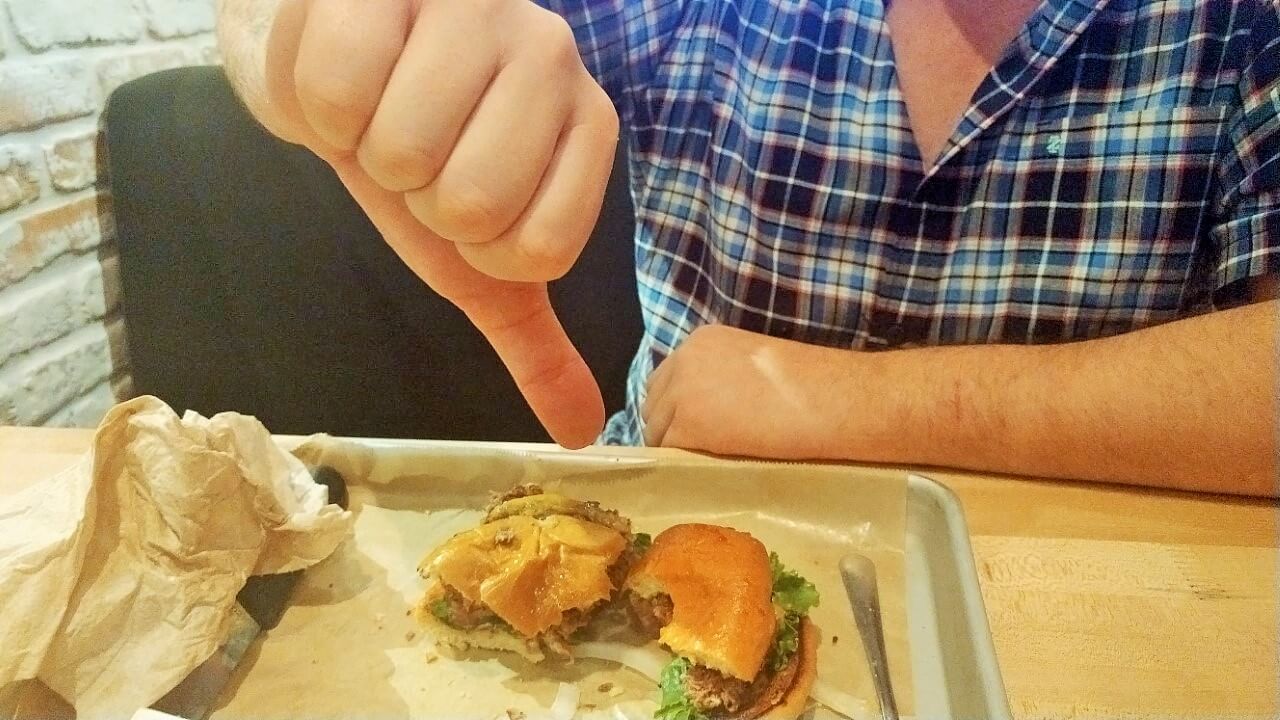 So you really liked it, huh?