He Said, He Said: Lassis Inn

Woo and Kevin will check out a local restaurant, each at different times, and then write separate reviews. This month, they visit Lassis Inn.

There are a lot of catfish places around, so let’s just cut to the chase: you go to Lassis Inn for their unique cuts of catfish that you don’t find elsewhere: catfish steaks and big bone Buffalo ribs. But I think there’s more to call you to Lassis—the folks that own and run it are really nice people. So nice that they might even invite you outside to pick and take home some pecans that have fallen from their trees. In the end, the combination of well-cooked unique cuts of catfish and downhome hospitality makes Lassis Inn the kind of place where I want to spend my catfish eating money.

Whatever fish you choose, it comes fried with a cornmeal, salt and pepper crust. They don’t hammer it when they fry it, so you don’t get just a hard, crunchy coating and overcooked fish, one where you can’t tell where the coating ends and the fish begins. No, at Lassis you get an appropriately crispy crust, lightly golden and crunchy, but which is cooked quick enough so that the fish is still moist and soft inside. That’s what you get when you have 29 years of fish frying experience.

Your plate will come with two hush puppies of an appropriate crunch and creamy softness inside. I liked that they were made with little bits of onion which balanced the sweetness with a perfect pinch of savoriness. Honestly, I don’t know why they don’t offer a side of just hush puppies. I could snack on those any day. 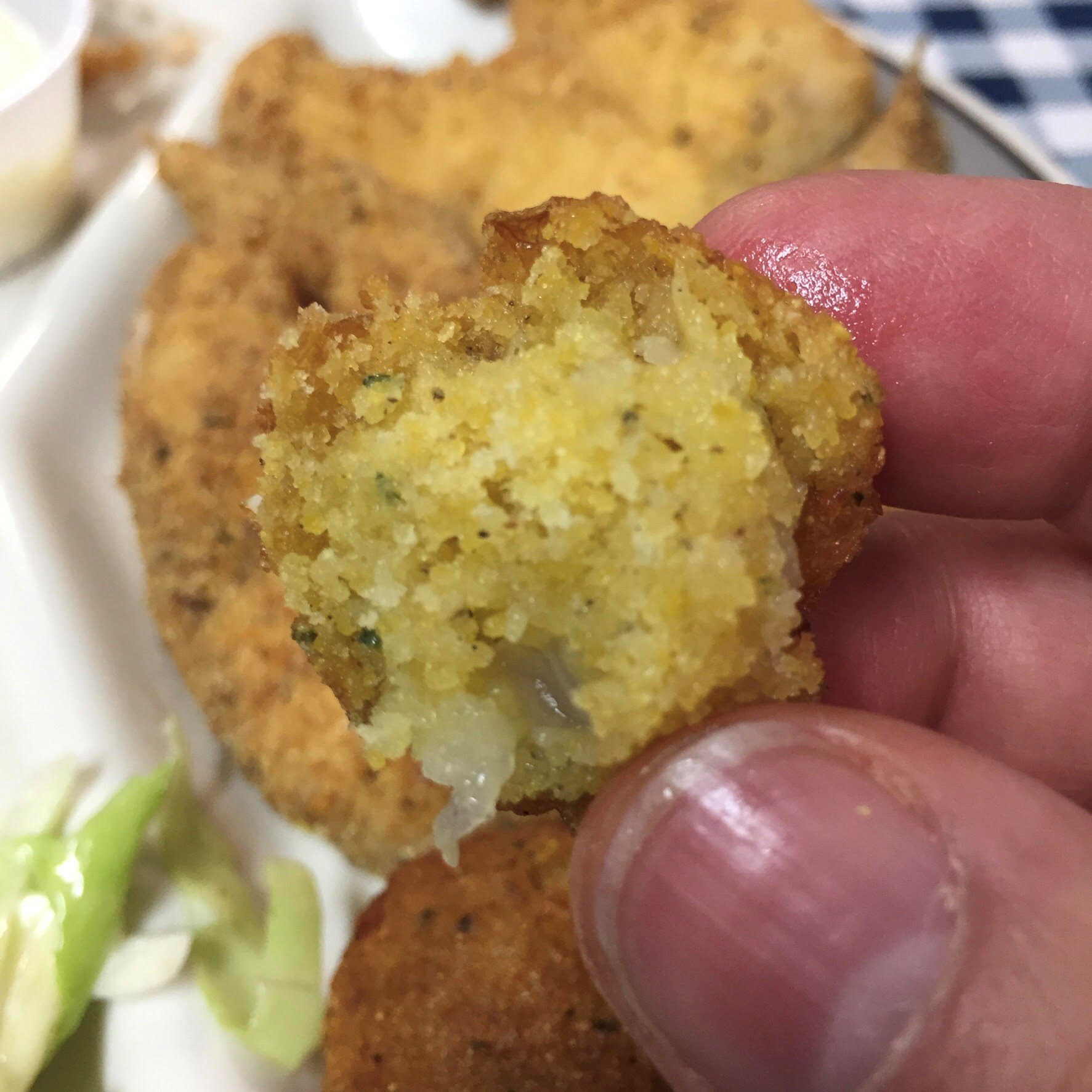 Lassis offers several sides: coleslaw, French fries, tomato relish and fried okra. I’m a believer in contrasts, so I avoided the fried sides. The coleslaw is my regular choice. It’s fresh made and has a nice balance of sweetness and tartness. I do wish more came for the $1.50 I spent on it. As for drinks, I get the lemonade. Nothing special, it’s a mix, but there’s something just right about that all the same.

I get here around 1 and often have the place to myself. It feels a bit like you’re eating in their home kitchen. It’s good food and you’d be remiss to pass this by. And if you get into a conversation with the owners Marie and Elihue Washington, they just might invite you to take home some pecans from their trees just outside the door. On my last trip, I spent a good bit of time picking pecans with Elihue and just talking about life. 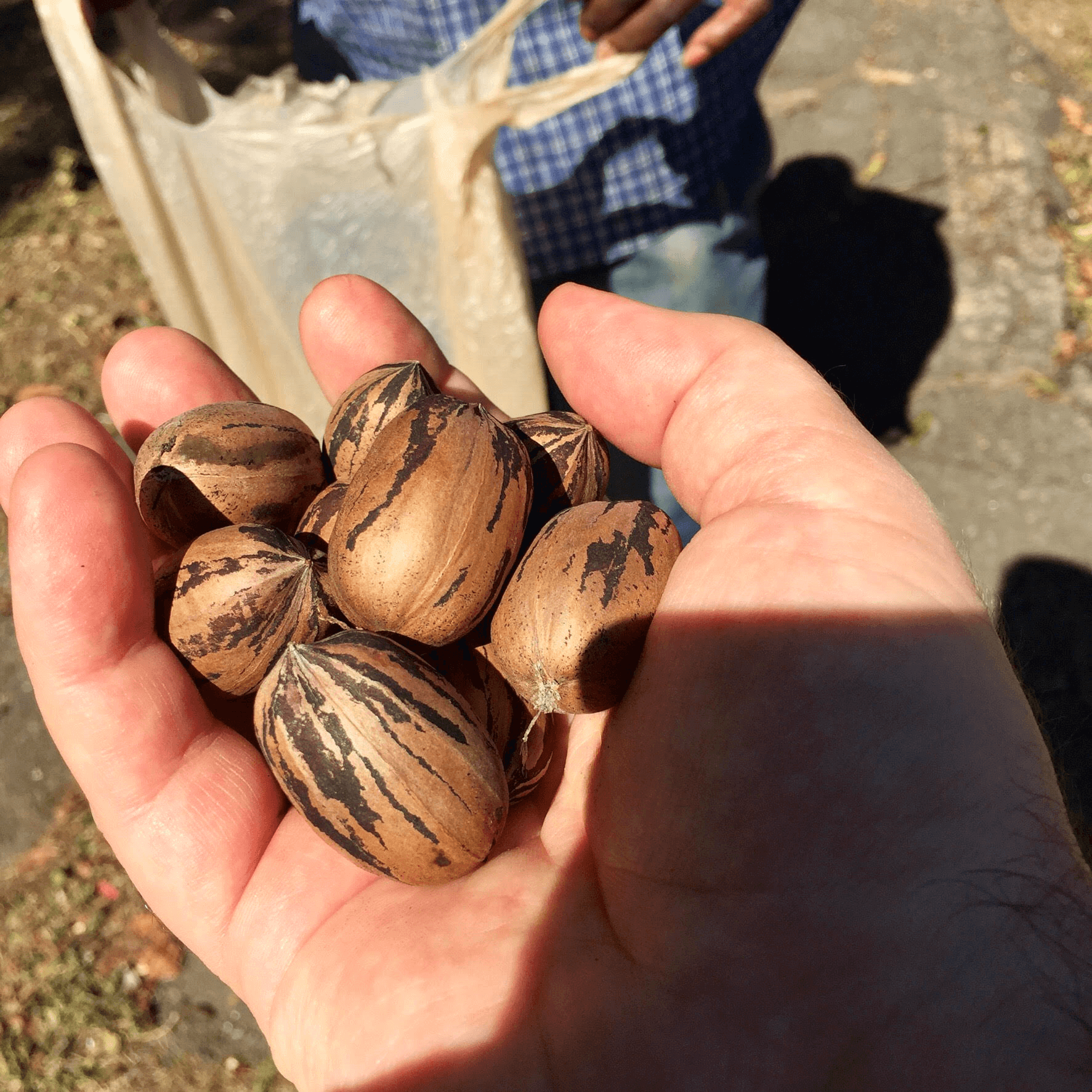 Lassis Inn is one of the most iconic restaurants in all of Little Rock, and if you’ve never been, I’d highly recommend making it happen. But here’s the thing … it’s one of the very few restaurant experiences were food actually plays second fiddle to atmosphere. I know that sounds crazy, but for me, it’s true.

Don’t get me wrong, the food, with a small menu centered on fried catfish and Buffalo ribs, is good. But, truth be told, you can get better fried catfish in Little Rock.

No, what I truly love about Lassis is its setting, highlighted by a pale blue siding on the exterior, the jukebox with its “No Dancing” sign overhead, and eating booths best suited to fit two small children rather than average-sized adults. The place just oozes character and that’s what makes it so special. 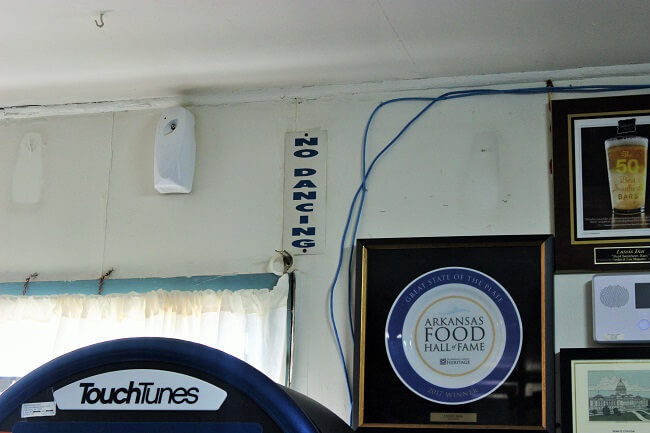 That said, when you get a hankering for fried catfish and those Buffalo ribs, Lassis Inn is a quality option, and, as far as I know, the only place in Little Rock you can actually get the aforementioned ribs. Don’t be scared, the Buffalo rib is a nice, mild white fish that comes right off the bone without much of a fuss. It’s not for everyone, but if you’re a more adventurous eater, I recommend giving it a try. My ribs were spot-on during my most recent lunch. And while I usually order some fried catfish filets, I opted for the catfish steaks this time around. It’s a denser, meatier vertical cut with bits of spine running through each piece. The steak proved to be a tad tougher than its filet counterpart and the cornmeal coating just didn’t have enough seasoning to warrant super high marks.

Our sides of tomato relish, hush puppies, and fried okra were also a mixed bag. I loved the sweet and tangy tomato chunks, but the fried okra, with its heavy coating, was a miss, and the hush puppies leaned toward the average department. Don’t get me wrong, I still could have eaten 20 of those hush puppies with relative ease.

All and all, this Lassis experience was much like the previous ones … a lunch filled with solid food in a setting that’s quintessential Little Rock.