We are constantly on the prowl for cool products, promotions, and events!

Excerpts from the publicist:
A couple of fun authors are coming to Houston to teach a class at Central Market based on their new cookbook, Sugar, Sugar: Every Recipe Has a Story. The authors—Kimberly Reiner and Jenna Sanz-Agero, aka The Sugar Mommas—have an interesting back story and a sweet and poignant book with wonderful stories, including two with Houston connections.

Kimberly (who practiced law in Houston before moving to LA) is the founder of Momma Reiner’s Fudge, which gained acclaim when it was selected as one of Oprah’s Favorite Things for O Magazine. The fudge also was featured on Rachael Ray’s show, and Kimberly made her fudge on The Martha Show. 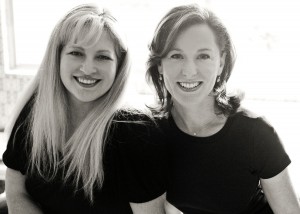 These are a couple of sassy gals who began as law school classmates, became lawyers (and Jenna a rock musician, singing lead for the band Vixen), and now are the confectionery queens on ModernMom.com. They also have a site at SugarSugarRecipes.com.  Now Kimberly and Jenna are on a mission to preserve America’s most memorable sweet treats and the even sweeter stories behind them. Many of those stories and incredible desserts—including two with Houston ties to Philip Cannon and John A. Hutchison III—have been collected in Sugar, Sugar.

*Note: All content and images provided by representatives of Sugar, Sugar.  Also, TMR will be receiving a courtesy copy of the book Sugar, Sugar.