We are constantly on the prowl for great products, promotions, and events! Check out this press release:

Before Oktoberfests begin, Central Market is kicking off the beer season with its second annual celebration of all things brewed with its popular beer sale and event known as “Brewtopia.”

From a vast selection of more than 400 beers, customers are invited to toast some of the kings of beer responsible for some of the finest craft, artisan, microbrew, domestic and imported brews in the world.

Taking place from September 14–27, 2011, “Brewtopia” will bring in 12 of the best beer creators in the business world to host beer samplings, share brew tales and talk one-on-one with beer lovers. We’ll even be mixing beers into recipes for a flavorful experience that goes from pint to plate with FREE in-store demos from master brewers: 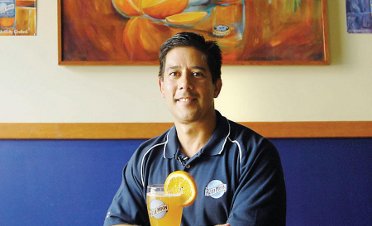 In the Cooking School, discover “Beer, Cheese and the Confluence of Flavor” with Greg Engbert, Beer Director for Neighborhood Restaurant Group of Washington, D.C. Engbert has been awarded “Sommelier of the Year” by Food & Wine in April 2010, the first time for a beer professional. The Houston class will take place on Saturday, September 24 from 6:30-8:30 p.m. and classes begin at $60.

*Images and content provided by representatives of Central Market

Greg Engbert is a great beer resource. I’ve heard him speak before. That cooking school thing should be good.

I was hoping you’d comment on this beer post. SirRon never lets me down. And by “never”, I mean “always”.