Downtown is a Perfect Place for a Food Crawl

First it was SoMa, next it was The Heights, and then it was Hillcrest. For the fourth installment of the food crawl series, let’s focus on Downtown. Once again, before we get any deeper, here are some ground rules.

Keys to a Great Food Crawl

Let’s get started on the perfect Saturday night in Downtown…

It just feels right, doesn’t it? Pay a little respect to an establishment that’s been doing it right for many years. Go grab a beer at Vino’s. We all know the atmosphere and décor are a bit “rustic,” but for some reason, starting this food adventure at Vino’s just feels like it will build some good karma for the rest of the evening. Stay there 30 minutes, tops, and go on with the rest of your night.

You just had a beer, so now it’s time to put something in your stomach. If you’re rolling with four or more folks, get two orders of the pork shoulder ramen at The Southern Gourmasian. TSG is a perfect spot for a food crawl because not only is the food fantastic, but it’s a fast-casual setting that will allow you to get out pretty quickly. And I promise you will love this ramen, but if you must, get the Thai Chicken Burger as well. It’s one of the more underrated burgers in town.

**Note** If you’ve been following this food crawl series, you probably noticed something a little different about this one. Yes, you’ll need to utilize your car (or Uber) a few times throughout the evening. No worries, it’s a fairly short distance from place to place … and downtown parking is usually pretty easy on Saturday nights.

Assorted Antipasto ala Vincenzoº at Bruno’s Little Italy (5:15 p.m.)
You’re doing great, but probably getting a tad full, so stay focused and head over to Bruno’s. The restaurant doesn’t take reservations, so arriving at 5:15-ish is ideal before things get super busy. Sit at the bar and order a glass of red wine and the antipasto (includes cured meats, aged cheeses, olives, peppers, sun-dried tomatoes and marinated mushrooms). This is obviously an excellent dish to share with others. 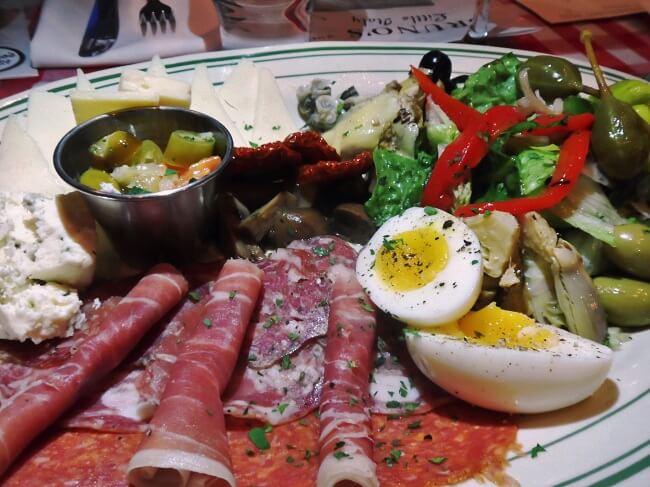 You know what sounds great? More food. Did you think I was gonna suggest a downtown food crawl and not include Three Fold? Hell no. Pop in for an order of eight pork steamed dumplings and maybe a bag of taro chips. Much like The Southern Gourmasian, Three Fold’s fast-casual setting makes it ideal for a food crawl. 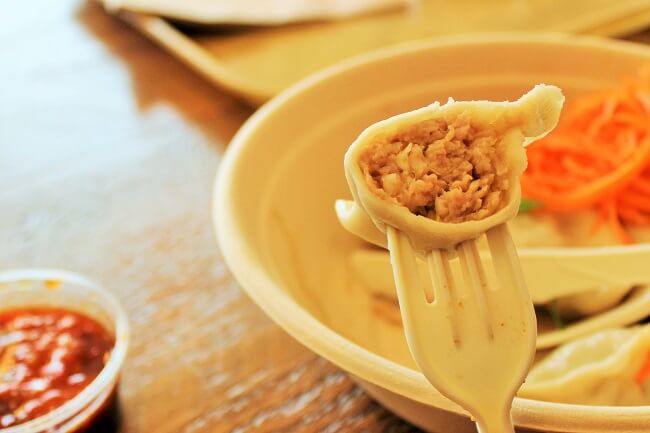 I debated about whether to include Gus’s on this food crawl, but, again, it’s fast, and I do genuinely enjoy their spicy fried chicken. I also feel like it’s another spot that’s easy to get in and out of with relative ease. Don’t overdo it at Gus’s … maybe just a few bites.
Dessert at Capital Bar and Grill (8 p.m.)
Have you ever eaten the banana pudding at CBG? It’s pretty darn delicious and one of our more iconic desserts in Little Rock. Station yourself at the bar, which is also an icon in its own right, and have a cup of coffee with the pudding. It’s a perfect way to end the evening.
Wine at One Eleven (9 p.m.)
Wait! The night isn’t over quite yet. If you still have the energy, walk across the lobby and have a glass of wine at One Eleven’s gorgeous bar.

Congrats! You food crawled downtown! And remember, the idea behind this series is to motivate you to really get out there and experiences a variety of restaurants. I fully understand, for example, that I may have left off some of your favorite downtown eateries on this post. If so, tailor your food crawl to the places you enjoy … and just use this post for inspiration.

I think the kid sitting behind you in class copied your work and posted it on is blog.