Needless to say, I was very excited about attending this event. Until, I woke up this morning to extremely hot temps. Then, by mid-day, it reached 100 degrees in Houston. You read that right–100 degrees!

All I could envision was this open tent, sitting in the middle of a grocery store parking lot, with tons of steamy food, and lots of people. NOT FUN! I’ve been to several food events this year. I’ve gotten a pretty good feel for when a cluster-f is right around the corner. Let’s just say I had that feeling.

I’ve got a bit of a sweating problem, and the thought of walking around a hot parking lot with swampnuts for two hours was none too appealing. 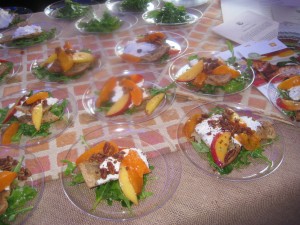 But, it was not to be!!! In fact, just the opposite. There was air conditioning…and lots of it! And that’s not all. The event was so well organized (are you listening Haute Food Truck Festival?). It was crowded, but not too crowded. There was space to mingle, and the music was loud, but not too loud. Getting samples of food proved to be easy, and the service was spectacular.

The food delivered…and then some! The menu consisted of all Texas food products. Nothing was bad, everything was good, and some things were amazing. Kudos to the ladies for bringing their A-games. Chef Claire Smith had this beautiful peach, goat cheese, and walnut salad that was bursting with flavor.  The chewy, yet crunchy bread really put this salad over the top.  Such simple ingredients, yet so well constructed. 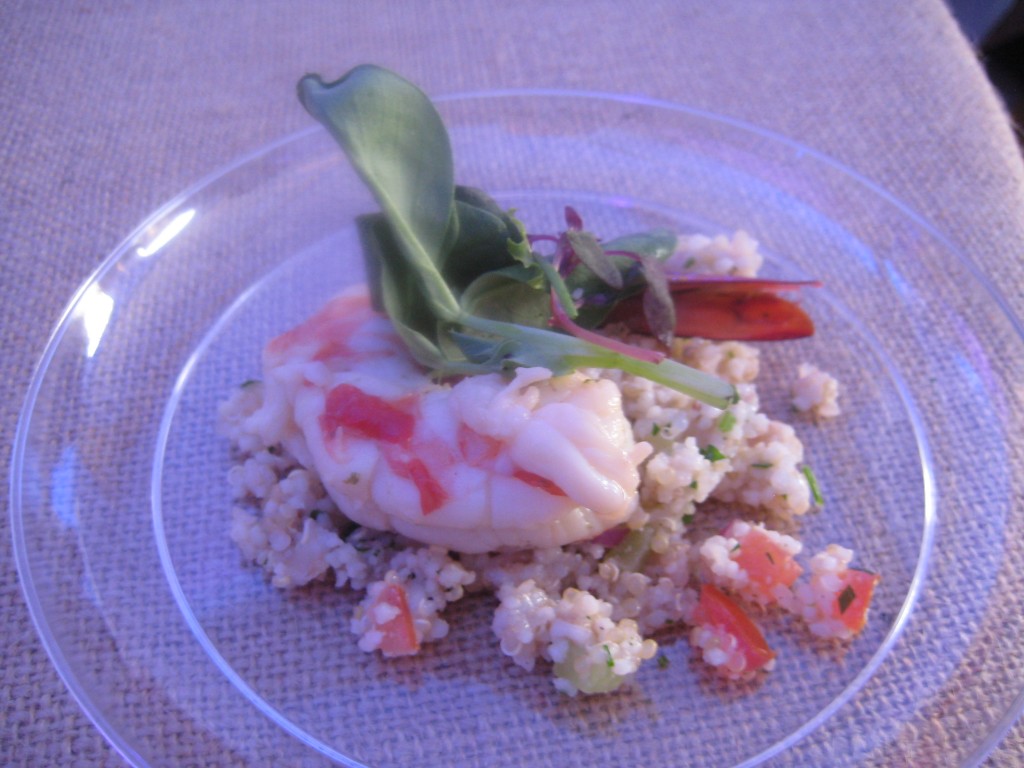 Chef Jamie Zelko had my second favorite dish of the evening–an enormous, tangy gulf shrimp over a bed of couscous. 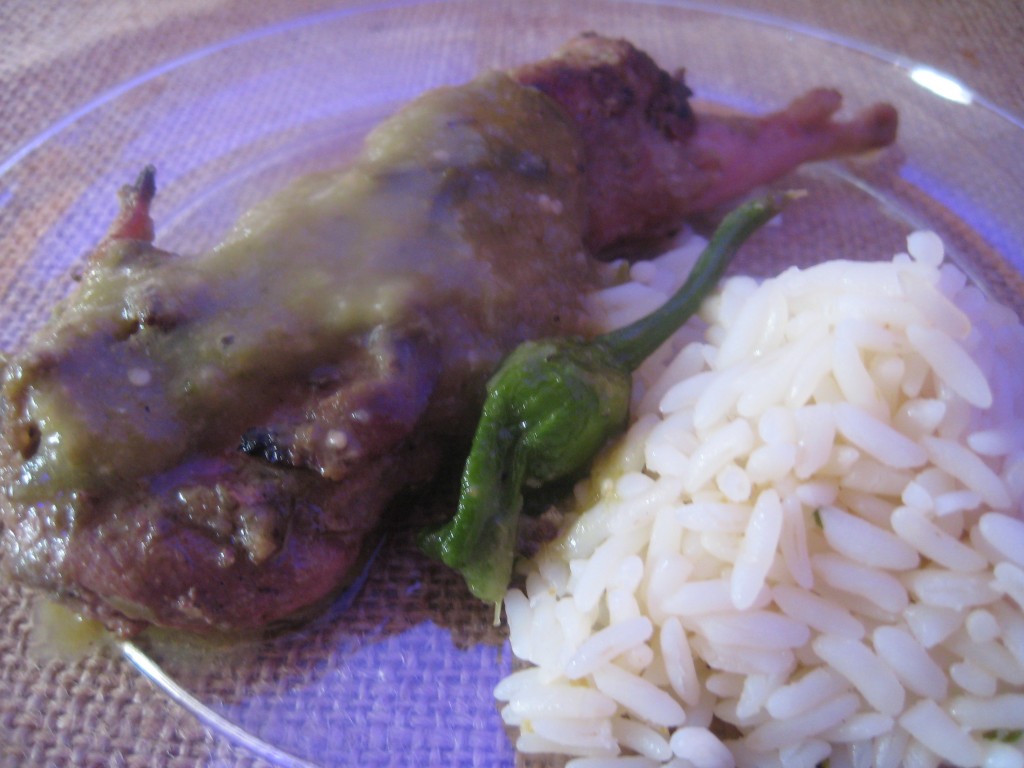 It was only topped by Chef Hugo Ortega’s delicious quail. The tender bird was served with a verde sauce, alongside a pyramid of white rice.

The next time Central Market throws a party, I highly recommend attending. It’s worth it!

I know people on the inside and I forgot. I blame the heat. Whoops.

Sounds awesome! That looks like quinoa though that Jamie Zelko’s shrimp is on. But I wouldn’t expect her to go any kind of healthy route so maybe it is cous cous. Anywhoseit, glad you didn’t schvitz your tuchus off!

It is acctulaly Quinoa, Cous Cous and Whole Barley from Homestad Gristmill in Waco, TX. I am curious Stacy, why “healthy” is not a word you would relate to Zelko? Let me know,thanks!

I meant it in a good way. Because I never order anything healthy at Zelko! Haha, Kevin knows because just last week I gorged myself on your grits and lemon ice box pie.

Glad the food was awesome!! Yuck about the weather though…