I love fried pies. Growing up, they were always around. It was my grandmother’s specialty. She would cook up large amounts of fillings and roll out hundreds of crusts and freeze them for future use. Every potluck she ever attended had her fried pies. I miss those fried pies, and, unfortunately, have been unable to duplicate them. Every place I go to that has fried pies, I always order them, but more often than not, I am disappointed.

I first saw Morrison’s Fried Pies trailer in Hot Springs a few weeks ago and I knew that I had to try them. Parked near the intersection of Albert Pike and Airport Road, the blue and white checkered trailer certainly stands out. The day I arrived it was a couple hours until closing time, but they still had a decent selection. My intent was to buy two and take them home. But they had just pulled some pecan fried pies out of the fryer and were still warm, so I had to have that with a cup of coffee while standing at the window waiting to pay.

In all my years of fried pies, I had never tried a pecan one. What I was hoping for was something like a fried pecan pie and that was exactly what I got. Nice chunks of pecan with gooey pecan pie filling. Pecan pie is a southern thing. Fried food is decidedly southern. It only makes sense that frying pecan pie is how it should have always been served.

I do not know which I liked better, the flaky crusts or the generous fillings, both which are homemade. In addition, they offer savory pies, which I will be sure to check out next time (and there definitely will be a next time). 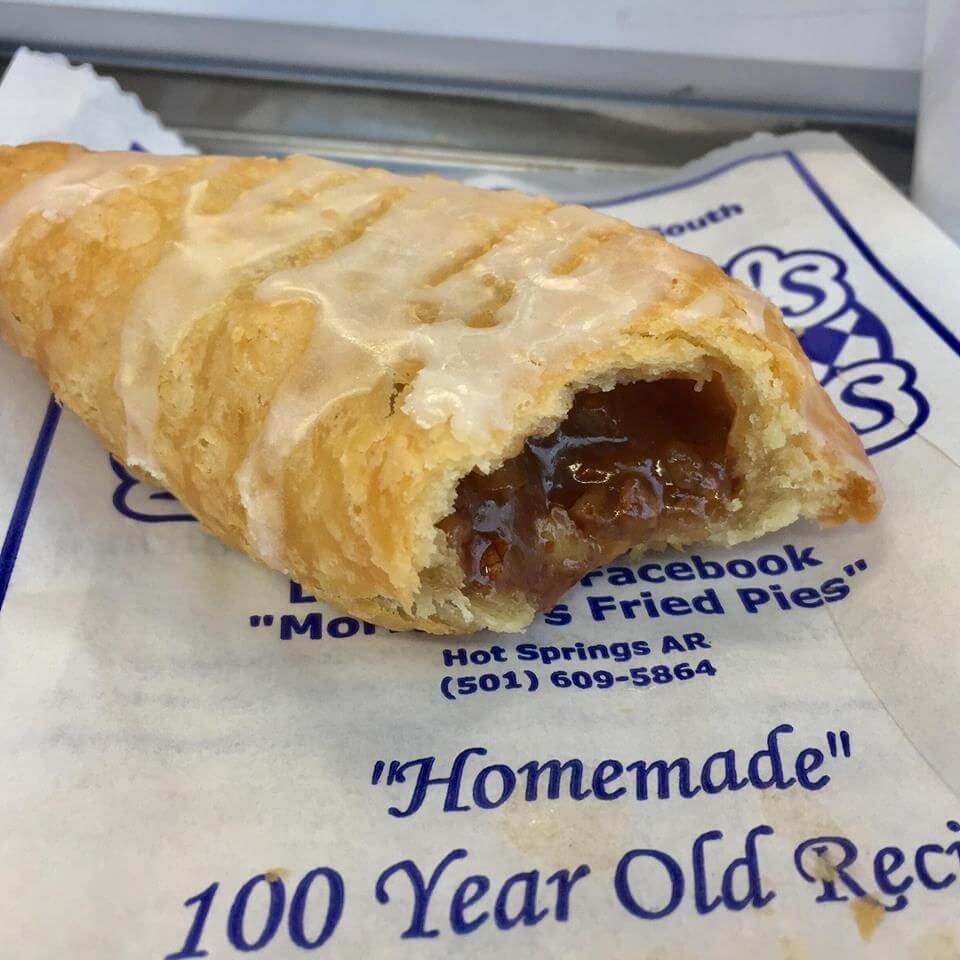 For the trip home, I ordered a blackberry and apple, but as the owner was ringing me up, I spotted a sign that said peanut butter and chocolate cheesecake. I naturally added that to my order as well. I didn’t know how well they would be after the trip back to Little Rock, but they were still excellent. The blackberry stole the show with giant whole blackberries included in the sweet filling.

Morrison’s Fried Pies opened in January 2017 and is owned by a husband, wife, and daughter team. They are no strangers to the delicious pastry business, with the husband originally being involved with Ambrosia Bakery before taking another career path in construction. You can definitely tell they know what they are doing. The food is fresh, the prices are very reasonable (four fried pies and a small coffee was approximately $15), and they have a good Facebook presence announcing specials. I encourage everyone in Hot Springs to take a trip to Morrison’s.

You will thank me later!

I discovered the fried pies this week. The best I’ve ever tasted! Worth a trip to Hot Springs.

Their meat pies are excellent!