Can you believe we’re already halfway through 2019? With that in mind, I wanted to post my 25 Favorite Dishes so far this year. Most of the plates are from the Little Rock area, but I did extend the list to Hot Springs and Searcy. Remember, I’m not saying these are the best dishes in the city, rather, they are the best that I’ve personally eaten at some point during 2019. In no particular order…

This is my clear cut favorite for best cheese dip in the area. Commence to arguing. The beautifully presented, slightly thinner, but perfectly spiced cheese liquid is served up in a cast iron skillet. It’s an ideal meal starter at HTT. 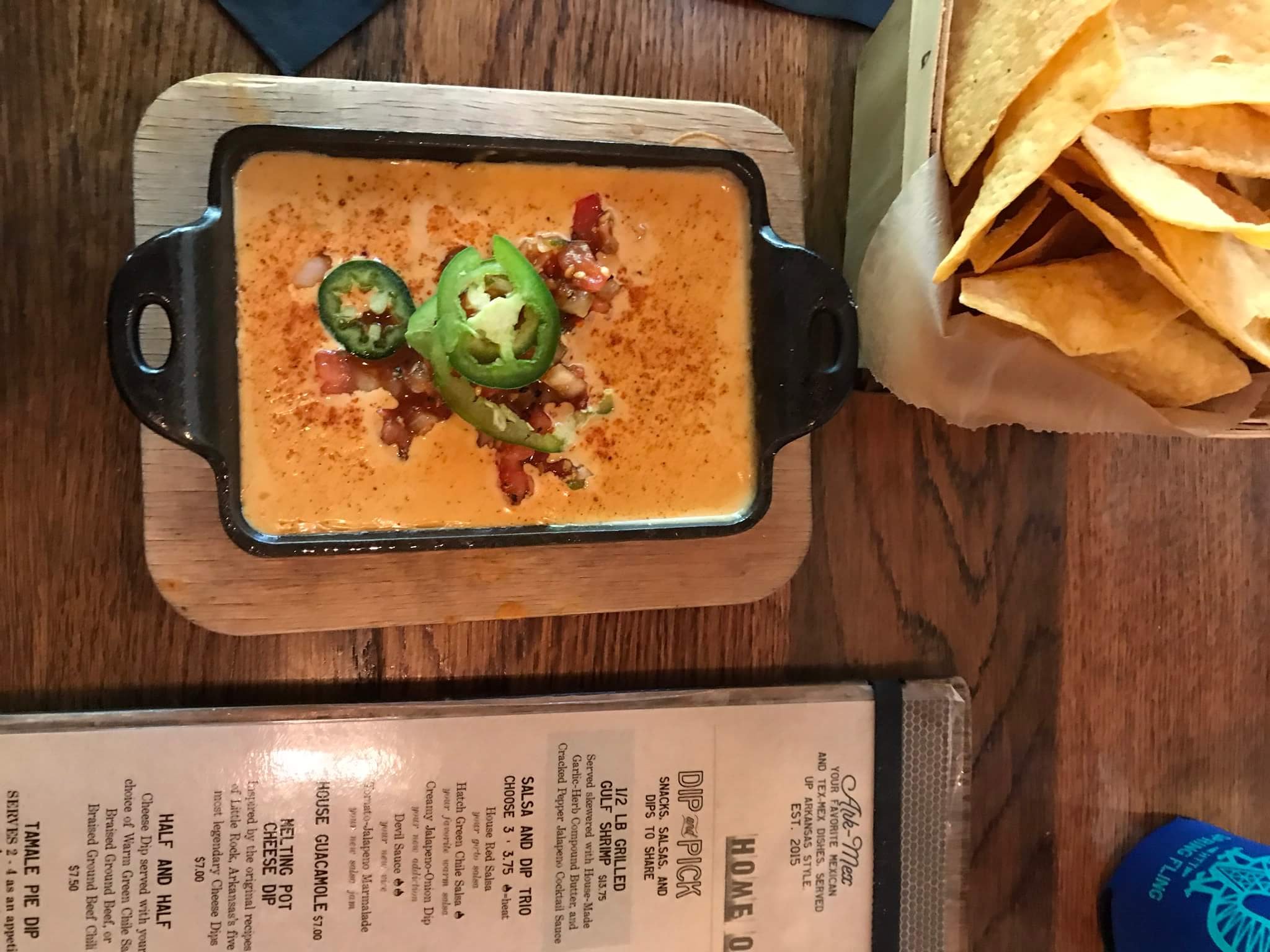 I’m a sucker for the simple, comfort food dishes, and Walker’s hamburger steak is just that. The no-frills, hand-formed patty is covered in a brown gravy and goes well with a side of mashed potatoes and cabbage. 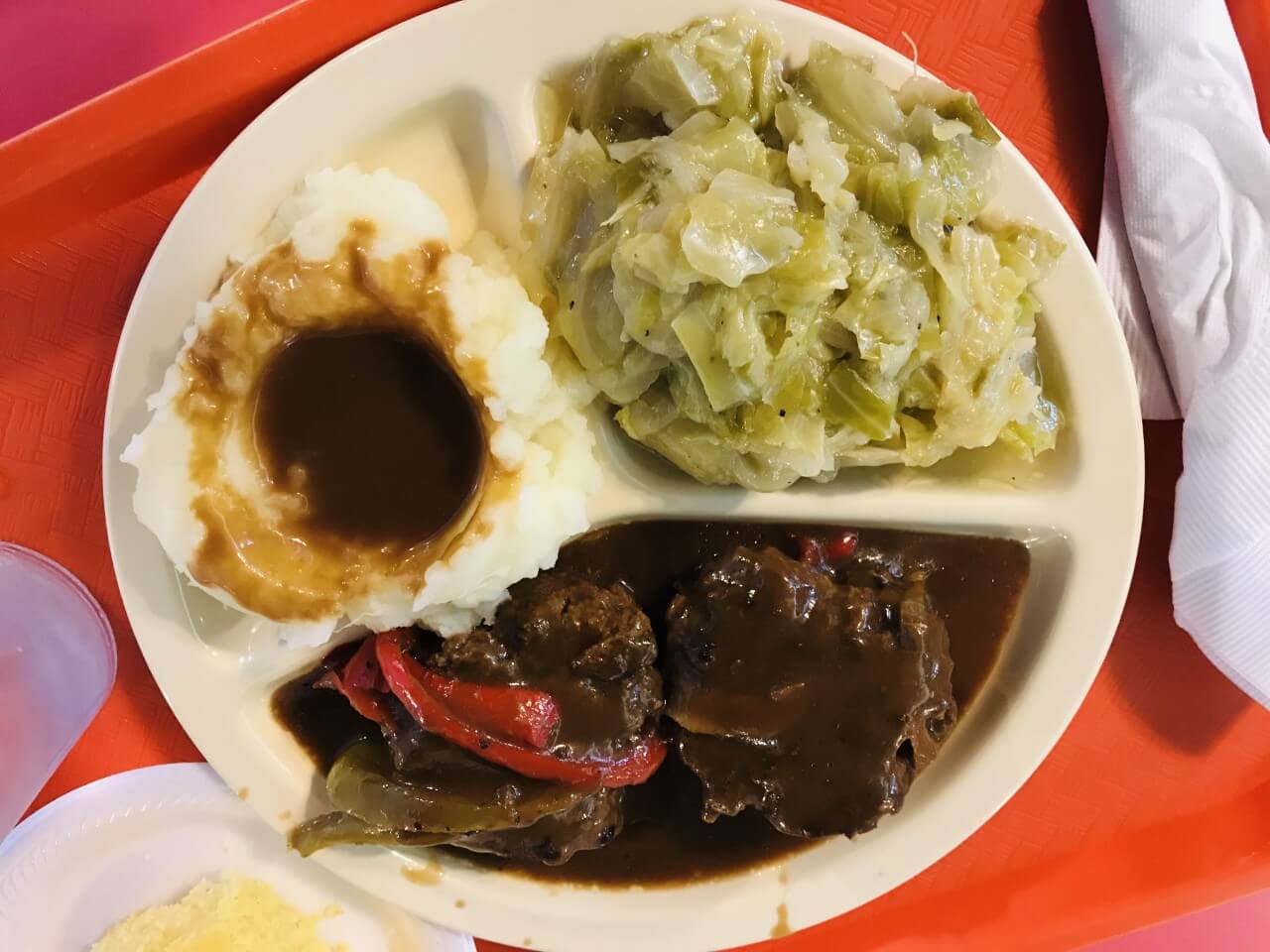 I believe this to be Little Rock’s best cheeseburger, and until another one comes along to prove otherwise, I’m sticking with that sentiment. It’s a pub-style, fat patty burger with all of the traditional fixings.

I’ve never had a bad dish at Rosalinda’s, and the chicken tacos, which are new to me, definitely didn’t disappoint. These rolled-up, fried corn tortillas are stuffed with chicken and topped with pickled onions.

Lately, I’ve been gushing about Baja Grill and this dish is one of the main reasons why. The Cuban Nachos are what dreams are made of … a pile of tortilla chips is topped with smoked pork, black beans, queso, jicama slaw, guac, and sour cream. Make sure to split these with a friend.

I’ve written and said enough in the past about the kolaches at Wild Sweet William’s in Searcy, so I’ll keep my current thoughts brief. These are real-deal, authentic kolaches with soft, slightly sweet dough. And it doesn’t matter which one you get … they’re all fantastic. 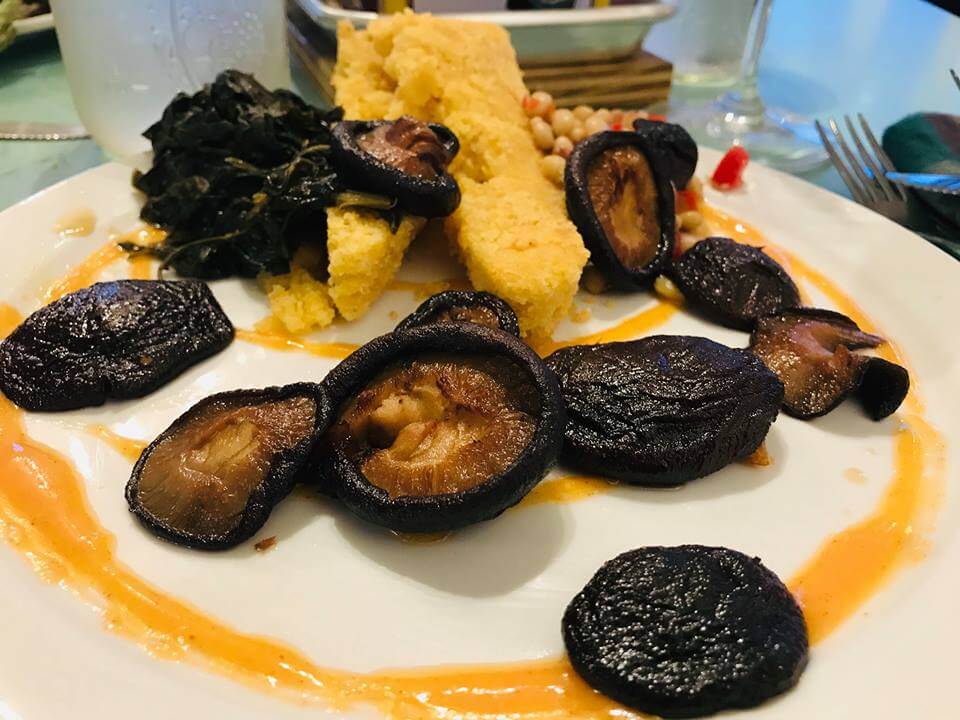 Once again, Crazee’s Club lands on one of my “fav” posts. Every good Club is about simplicity and execution, taking common ingredients and marrying them together. The star of the show here is the crispy bacon. I know, shocker.

As you’ll see, I’ve been eating my fair share of cheeseburgers this year, and while my waistline hates me, my taste buds are happy campers. K Hall does a wonderful hand-formed patty, gives it a nice crust from a quality grill job, and adds all the usual toppings. It’s simply one of the best burgers you’ll find in Little Rock.

Why did it take me so long to try the food at Four Quarter? I guess it’s better late than never. Kudos to the folks there who decided it was a damn good idea to stuff a massive flour tortilla with smoked pork shoulder and then fry it. This genius move has me already planning a return visit.

The Hall Family shows up once again on the list, this time with their food truck’s side items of purple hull peas and greens. The tender peas pair just right with the greens, the latter of which lack even a hint of bitterness. 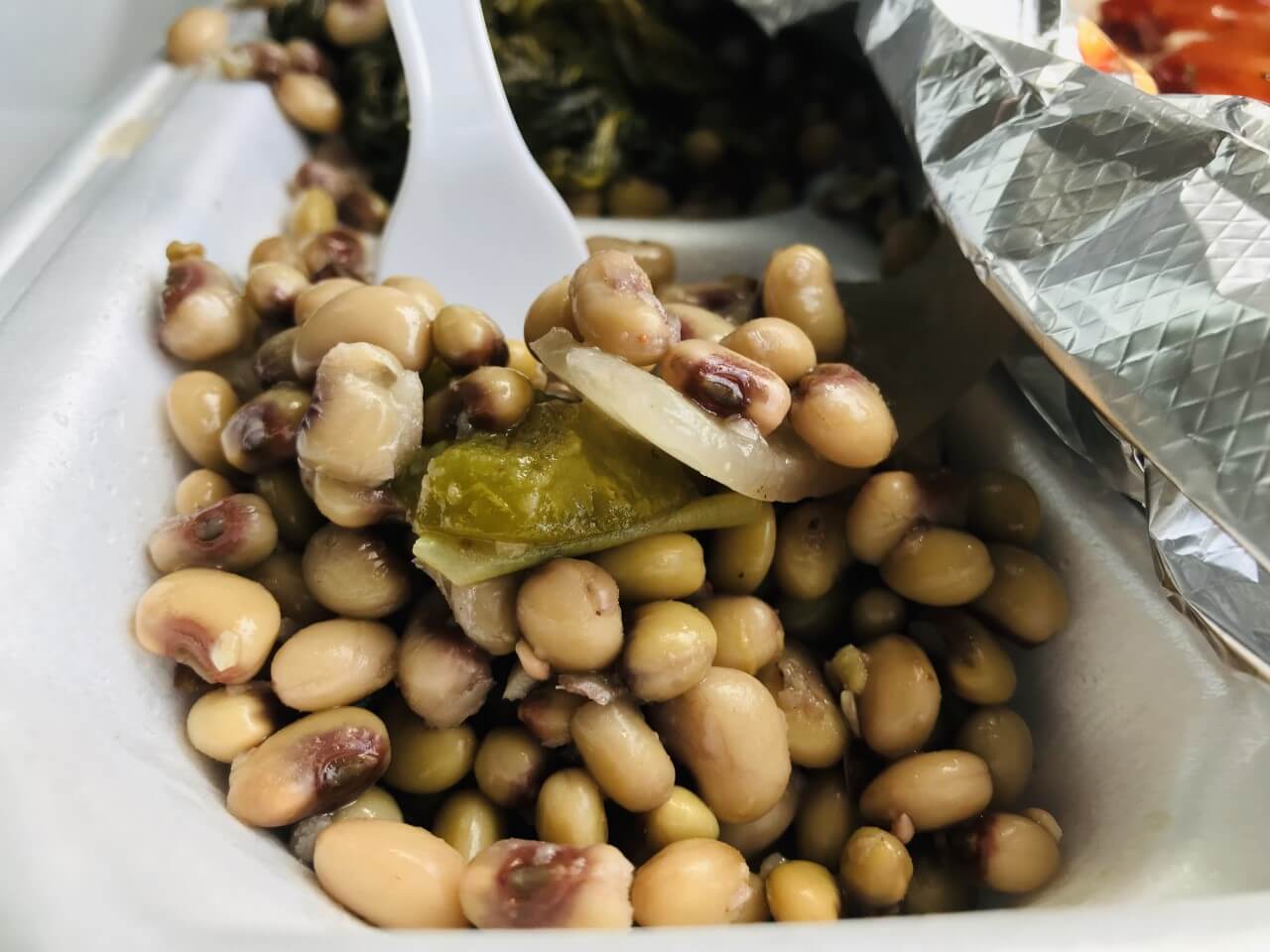 Some folks consider Maddie’s fried chicken breast with mac & cheese and greens to be the very best dish in town. That’s a conversation for another day, but I will tell you the combination of creamy mac with sweet greens and crispy fried chicken is off-the-charts good.

Truth be told, I’ve never been a huge fan of fried pies. They often end up being grease pockets with an awful filling-to-crust ratio. Not Morrison’s. Thick, yet flaky crust gives way to a hearty portion of filling. So far, my favorite is peach, but everyone I’ve tried has been outstanding.

By now, most folks have heard about Deluca’s cheeseburger. It’s a blend of 50-day aged prime rib seared in a cast iron and served up with melted American cheese and a side of pickles. Nothing else. Well, maybe some salt. It’s the best burger I’ve eaten in a very long time.

I honestly don’t even pay attention to the names of Kemuri’s sushi rolls. They all taste good and are massive. Some are fried and some are lit on fire. Again, you really can’t go wrong with any of them.

At Gadwall’s, I get my breakfast sandwich with over-easy eggs, bacon, and cheddar on toast. It’s a well-constructed sandwich, but truthfully, this isn’t rocket science. I make versions of it just about every morning at home. So, what makes the difference? That damn bacon. Slightly crispy with just a perfect amount of flop, Gadwall’s bacon rules.

True Neapolitan-style pizza does exist in Little Rock, and the first folks to do it well reside at The Pizzeria. Traits like thin, fold-able crust with charred edges is the name of the Neapolitan game. 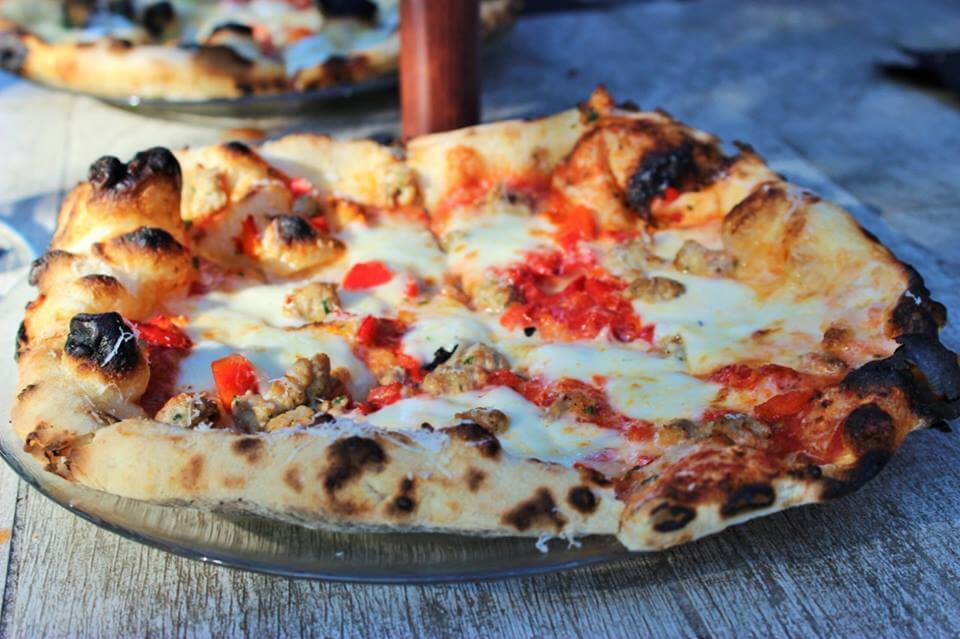 Kudos to Milford Track, one of the only restaurants in Little Rock that makes its pasta from scratch. Get the spinach pasta with Alfredo sauce and grilled veggies. I promise you won’t be disappointed.

I love a good gyro but tend to be disappointed with the offerings in Little Rock. However, the version that Mama’s in Sherwood is cranking out is well work the drive. A heavy hand of tender meat and tzatzki sauce make it a memorable one. 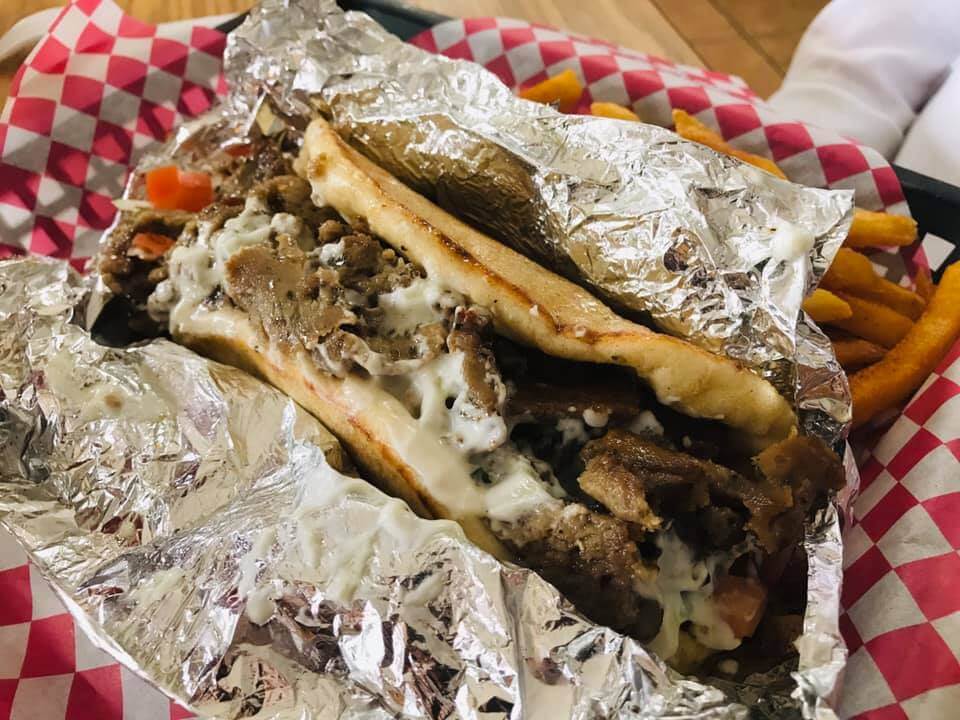 Ester’s took over the former Core Brewing space just a short time ago, and, as far as I can tell, the food is very good. My veggie version of the Appaloosa Burger, a bean-dominate patty with fried onion strings on top, was delightful.

Chef Rains is always up to something creative, and this time it comes in the form of fried Chicken of the Woods mushrooms with a heavy hand of Buffalo sauce. This was a Special from several weeks back, so it’s probably not on the current menu. 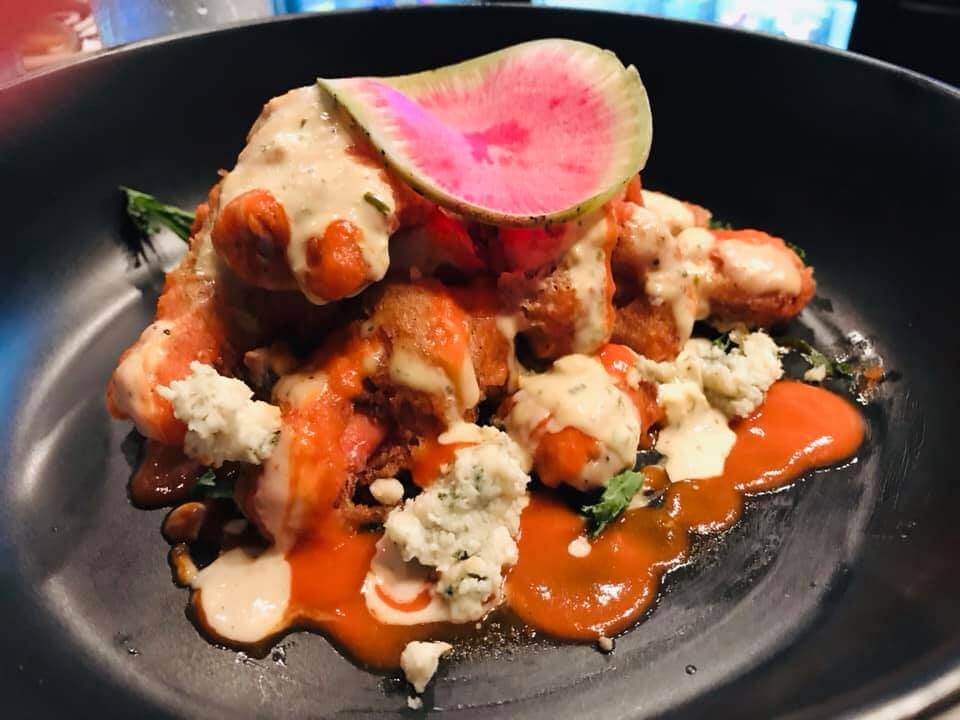 Yes, I know, another bean burger. But hear me out. While this one looks quite unappealing, it’s actually super delicious. At Flyway, they deep fry the patty, so while healthy is out the window, tasty is certainly at the forefront.

23. The Pantry’s Meat Board

If I ate The Pantry’s meat board in 2019, which I did, you can damn well bet it will end up on this list. Sliced turkey, pate, brats, mustard, pickles … you name it.

This cool and refreshing bowl of acai, almond milk, banana, blueberries, strawberries, almond butter, hemp seeds, coconut flakes, and honey is quietly one of my favorite dishes. It’s like a full meal and a dessert, all in one.

The house-made bialy is fairly mundane, but once topped with with cream cheese, smoked salmon, capers, mixed greens, tomato, and red onion, then you’ve got yourself a sandwich masterpiece. 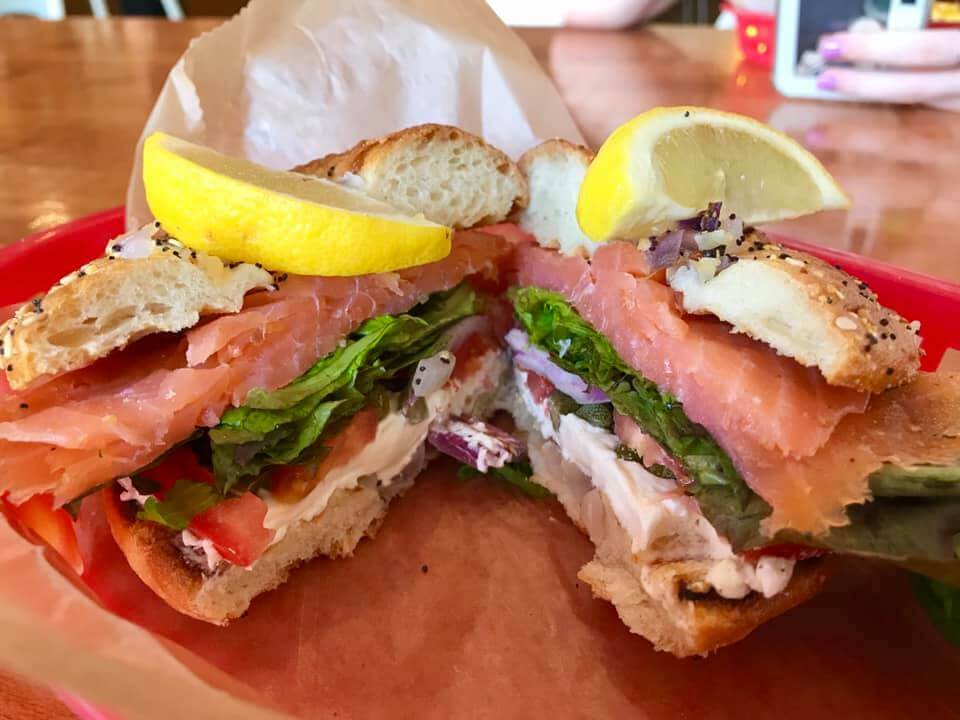