10 Dishes You Need to Know in Little Rock

For reasons unbeknownst to me, certain dishes seem to fall under the radar. Every few months I’ll highlight some of these dishes, tell you what makes them so good, and hopefully inspire you to check them out for yourself, if you haven’t done so already. In no particular order, here are the 10 Dishes You Need to Know.

Bibimbap at Hanaroo
Bibim…what? Bibimbap is a very traditional hot pot Korean dish filled with rice and vegetables and topped with a soft-boiled egg. While most folks order Hanaroo’s sushi, the often overlooked bibimbap is where it’s at. This is Korean comfort food at its best, and if you’re willing to branch out just a bit, Hanaroo’s bibimbap is a great option.

Greek Salad at Little Greek Restaurant
Yes, save the speech … I know Little Greek is a chain, but it’s a really good chain. Is it better than Layla’s? No. But their Greek salad, loaded with onions, beets, fresh greens and potato salad, is dynamite.

Meat Pies at Maddie’s Place
Heck, pass on the shrimp and grits and fried catfish for once and order the meat pies as an entrée. They’ll be sure to please. Rich cuts of beef inside a flaky, buttery empanada-like crust doesn’t sound like a bad lunch to me.

Cheesecake at The Pantry
Cool name aside, forgo The Pantry’s chocolate salami in favor of their cheesecake. This is coming from someone who isn’t a huge fan of cheesecake. It’s the best I’ve come across in Little Rock, due in large part to that insanely awesome brûléed top. The thing is a work of art.

Chicken Sandwich at David’s Burgers
Why on earth would you walk into David’s and order a chicken sandwich (instead of a typical beef burger) every now and then? Two reasons. One, your fat ass might be interested in living past 45, and two, it’s pretty tasty. David’s does things differently by putting a slight grind to the chicken. This yields a thin patty that stays juicy throughout the grilling process. 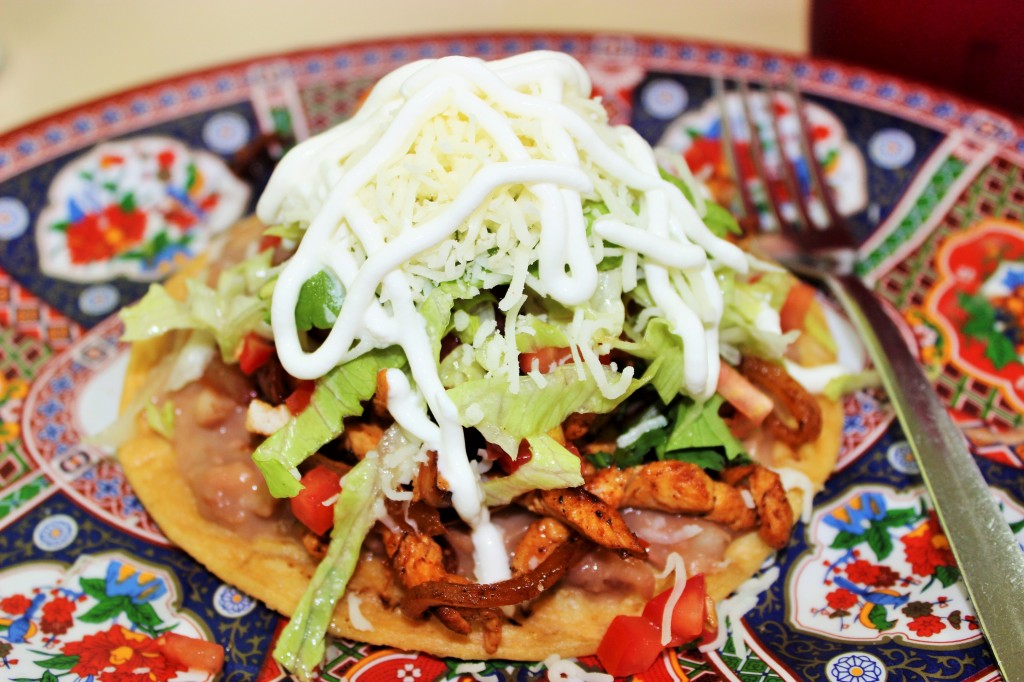 Chicken Tostada at Taqueria Karina
This beauty is comprised of a crispy fried tostada lined with a thin layer of refried beans, then topped with marinated chicken, diced tomatoes, lettuce, grilled onions, cheese and sour cream. Resist the temptation to smash the entire concoction into your pie hole, as most of it will end up on your khakis (speaking from experience). 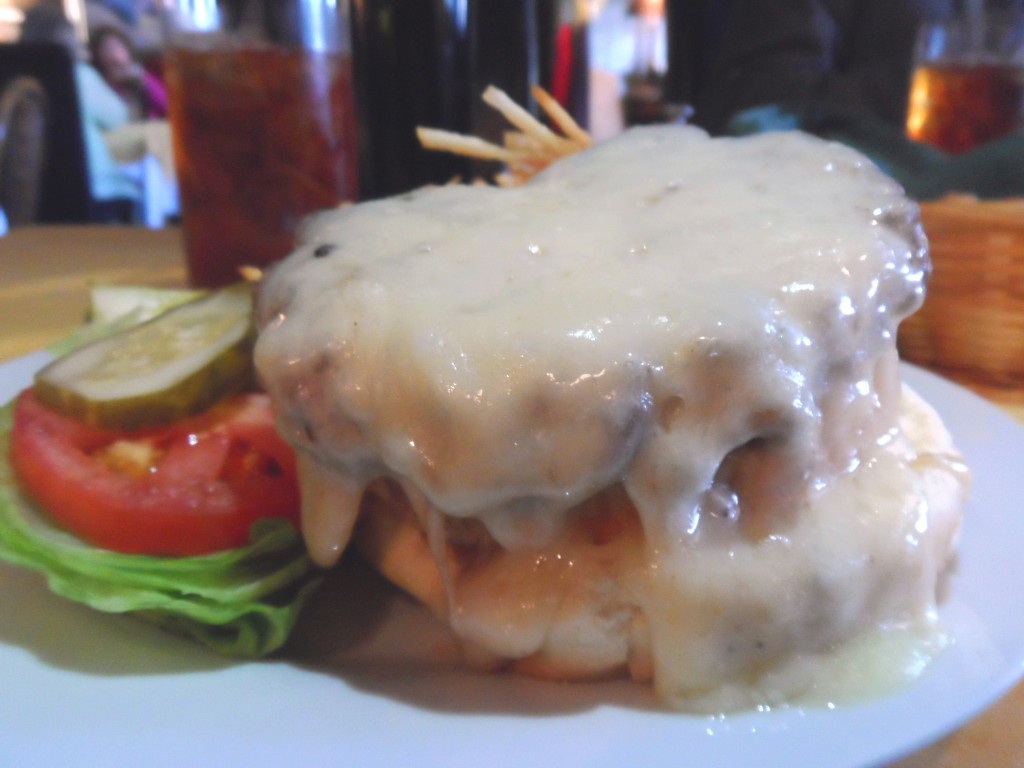 Cheeseburger at Terry’s Finer Foods
Yes, I’m a hypocrite, but sometimes a good cheeseburger can cure all that ails you. We love our burgers here in Little Rock, but I’m not sure many people know about the one at Terry’s. It’s a thicker patty covered in cheese (of your choice) and served on a soft bun with all the usual fixings. It’s classic and simple and oh so good. 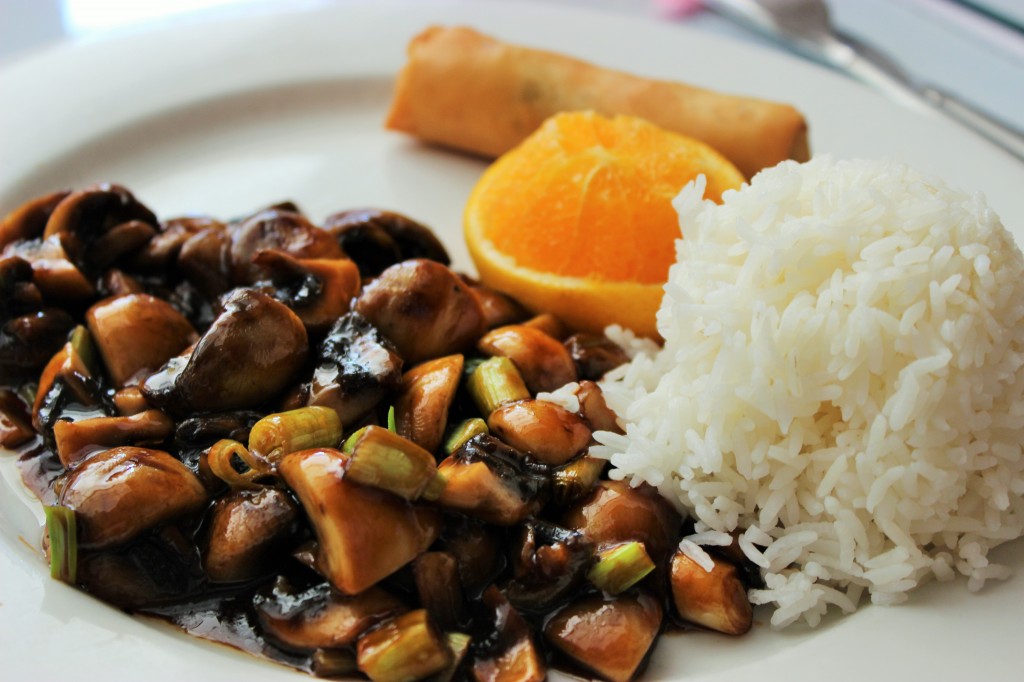 Sauteed Mushroom in Oyster Sauce at Fantastic China
I adore this dish’s simplicity. All you’re talking about is some chopped mushrooms and green onions in a delicate, sweet and savory oyster sauce, but it really hits the spot. This light dish makes for a perfect during-the-week lunch. 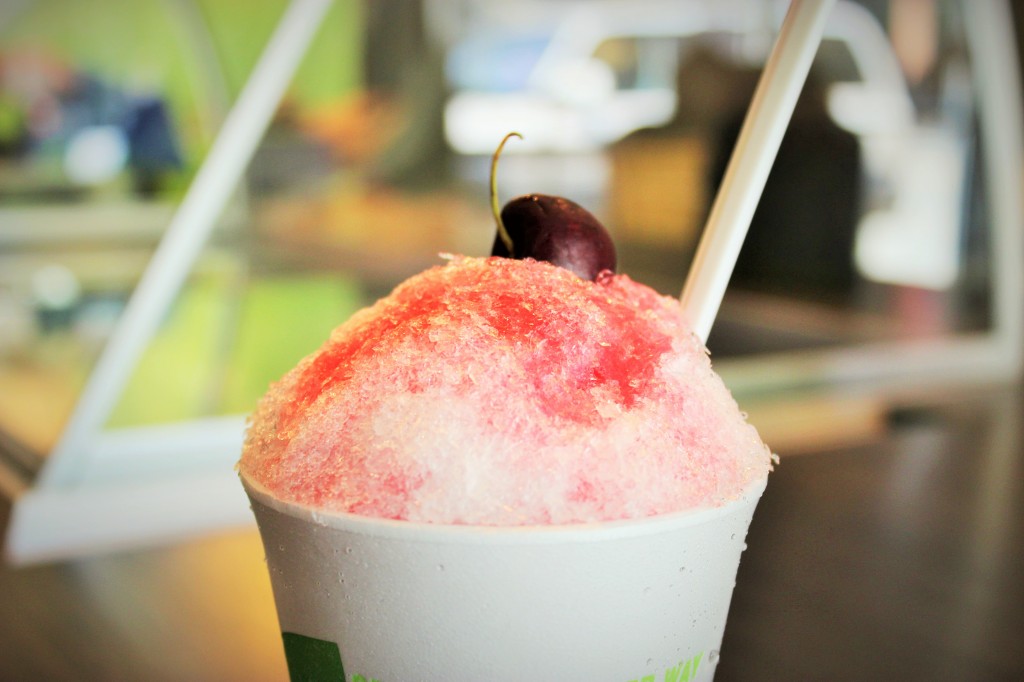 Cherry Shaved Ice at Le Pops
Everyone goes into Le Pops with one thing on the mind … popsicles! But have you tried one of Laurie’s hand-shaved ices? Get the cherry (real cherry syrup) and watch how fast you gobble up the powdery snow.

The fact that you’re not into cheesecake KILLS ME, man.

Oh my. I didn’t know LePop’s had shaved ice. I’m in trouble now.

I promise you will not be disappointed in that shaved ice.